After the attack on Kyiv, brent crude oil crossed $100 for the first time since 2014. 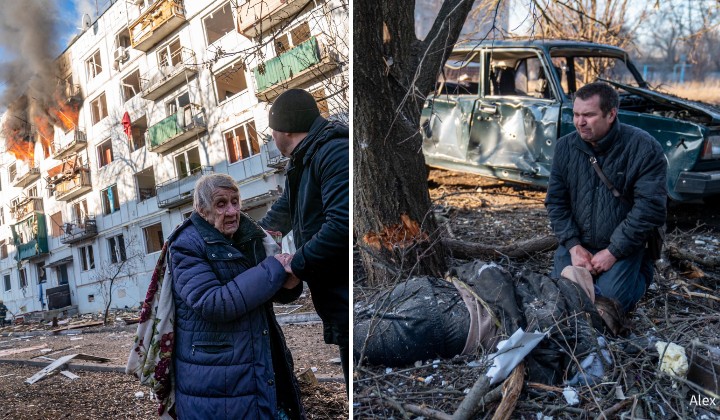 Russia has openly invaded Ukraine with a military assault, bringing the simmering Russo-Ukrainian War which started in 2014 to a rolling boil.

Naturally, this put the world on high alert as the Russo-Ukrainian War continues to escalate.

But while Malaysians are in the far Southeast with seemingly little relation to the Eastern European conflict, are we truly shielded from the fallout of the conflict?

Better fuel up your cars

The biggest change that would impact your every day life would be the rising oil prices.

Malaysians should take note primarily because this is going to fuel a further spike in oil prices, leading to further inflation. Brent crude has already crossed the hundred dollar mark.

Right after Putin announced the military operation and the subsequent attack on Kyiv, brent crude oil crossed $100 for the first time since 2014.

This means that global oil prices will rise, including the petrol that Malaysia uses on a daily basis.

With the world’s global economy being so much more intertwined now, any kind of conflict on such scale will undoubtedly affect markets and price of goods. (And any effect will only be a rise in prices for the people, not a drop.)

A rise of oil prices will mean a rise in all kinds of other goods, especially imported ones. In fact, it is likely that imports from Europe, especially Eastern Europe, may be halted.

No one is safe

Malaysia was actually already long embroiled in the Russo-Ukrainian War– since the very beginning in 2014, actually.

How? Well, do you remember how commercial airline MH17 was shot out of the sky when it was flying over Eastern Ukraine?

Prior to the attack on the commercial aircraft, such airstrikes were aimed at Ukrainian military aircrafts.

However, even civilians fell victim to this conflict. 298 people died when MH17 was shot down. 43 were Malaysians. 80 were under the age of 18. There were no survivors.

According to Shahriman Lockman, an analyst at the Institute of Strategic and International Studies Malaysia, this further Russian invasion potentially creates a very dangerous precedent for all similar conflicts around the world, including in our immediate region.

We cannot have big countries claim territory on the basis of history and race (imagined or otherwise). There would be no end to it.

This could lead to an outbreak of such conflicts globally.

Although netizens globally have been extremely quick to make jokes about a looming “World War III”, such a war at any scale will be dangerous and irrevocably impact the world.

The Russo-Ukrainian War is still ongoing, but at the time of writing, tanks have already invaded Ukraine and there have been over 10 civilian casualties.