Sago worms, which are larvae of Sago Palm Weevil (Rhynchophorus vulneratus), are a delicacy in Borneo. 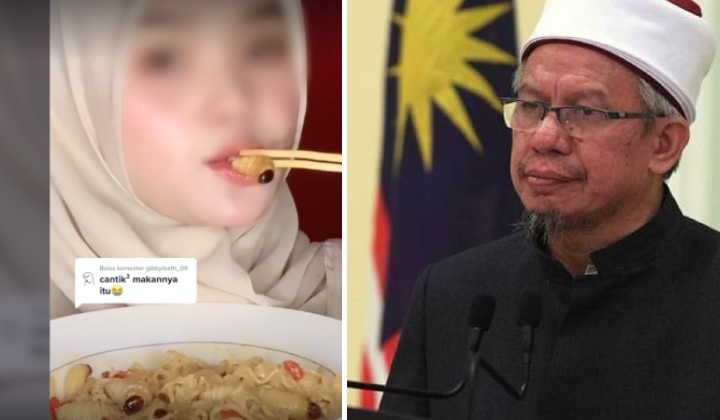 It is understood that sago worms are her favorite food.

However, it raised the question of whether the food is halal.

He explained that sago worms or ulat mulong are haram because they are considered disgusting according to the opinion of scholars among the Syafie sect.

He added that the decision was also based on discussions and debates.

In fact, this opinion is also in line with the fatwa decision issued by the Sarawak State Mufti Department, dated 20 November 2014. In this case, the law is haram due to the defilement of the carcass and also its abomination.

He noted that there is second opinion that says it is absolutely halal because the worms are considered part of the fruit.

There are also opinions that say it is absolutely illegal because the worms are considered as carcasses.

But before concluding the question, Dr Zulkifli stressed that in Islam, it is good to prioritize eating foods in which the halal status is not in doubt.

Sago worms are delicacies in Sabah and Sarawak, enjoyed as nutritious traditional food by the indigenous community for centuries.

The wriggling bugs have a creamy taste when taken raw, and taste like bacon or meat when cooked.

They are often prepared with sago flour. In New Guinea, sago worms are roasted on a spit to celebrate special occasions.

Also known locally as butod, sago worm is the larvae of Sago Palm Weevil, a species of snout beetle that consumes sago palm during its infancy.

Accordingly, it sells for around RM40 to RM45 per kg.

Sago worms are usually found in sago palm, where they feed on the starchy pith of decaying sago palm trees.

The worms transform into beetle after 2 months.