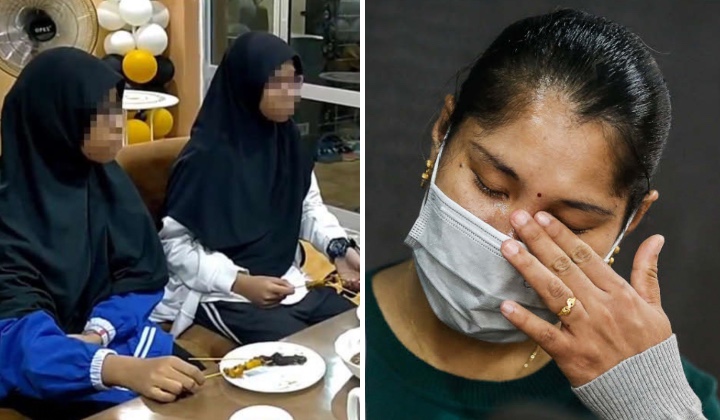 Single mother Loh Siew Hong said she would convert to Islam if she can reunite with her three children.

Loh, 35, had been separated from her three children, aged between 10 and 14, for the past three years.

The children, which had been under the care of a Penang-based Islamic NGO during that time, had recently been placed in a children’s home in Kedah.

They are currently under the care of the Perlis Welfare Department, which acts as a neutral party pending a habeas corpus application.

Loh made the application at the Kuala Lumpur High Court on 21 February for the children to be officially handed back to her.

Previously, she had obtained full custody of her children in March last year.

The 35-year-old said the children told her to convert when she met up with them recently for the first time in three years.

I told my children that I don’t mind, I will become a Muslim as long as they can come home with me.

Single mother Loh Siew Hong on her willingness to convert to Islam.

On Monday (15 February), she tried to meet her children again but was denied the opportunity.

The welfare department said the meeting was denied due to rising Covid-19 cases.

Loh was disappointed as she had done the daily RTK antigen tests with a negative result, as requested by the welfare department.

Loh is sad that she can’t visit them even though she is the mother and has sole custodial rights to the children.

She is also surprised that at the same time, Perlis Mufti Mohd Asri Zainul Abidin can spend time with her kids.

The meeting itself was enough to leave netizens divided.

Some said it is unfair to Loh, while others think that Mohd Asri has the right to meet them as he is the mufti.

This is all politics folks. Don't fall for it. The kids choses Islam themselves way before their father brought them to Perlis. What the Jabatan Agama Perlis did was to protect them from the mother. Even their uncles ask them to stay. The Mufti just explained in his talk tonight.

Loh, who is a chef in Genting Highlands, had been assisted by politicians such as Penang Deputy Chief Minister II P. Ramasamy and Bagan Dalam assemblyperson Satees Muniandy.

Loh had divorced her ex-husband who physically abused her.  They separated in March 2019.

The abuse had caused her to be hospitalized due to injuries.

After she was discharged from the hospital, Loh found out he had taken their kids without her knowledge and hid them.

After spending nine months in a futile search for her kids, she turned to the police for help.

He was eventually arrested and sent to jail in Kelantan, but even then she could not locate her kids.

She later found out that her children were with the Islamic NGO, which caters to Muslim converts.

Accordingly, the children converted while under the care of the NGO.

Initially, the NGO had refused to let them meet but relented after Loh made a police report.