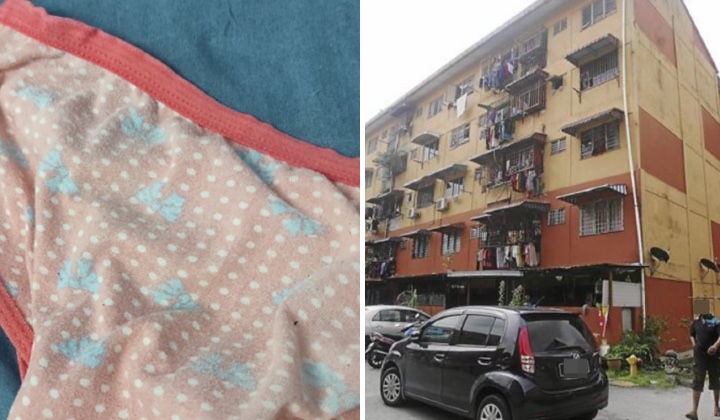 Because of an undie, a man had to persuade his wife who cried because she thought he was having an affair.

Aimzama said he lives in a flat and the story began when he picked up a garment from the clothesline.

The other day when my wife was not at home, I saw this spender on the clotheslines outside my unit. I took it because I thought it belongs to my wife.

Twitter user Aimzama on how the undies came into picture.

It turned out that he was very much mistaken.

The undies did not belong to his wife and the woman suspected that her husband had brought another woman to their house.

He tried to explain to his wife, but to no avail and so he shared his predicament on social media.

A law firm that provides free legal services also reached out to him on social media, asking if he needs help.

Fortunately, a neighbor saw his posting on Twitter and came to his rescue.

The neighbor said she had also seen the undies at the clothesline. She believes that someone found it and just put it there.

They pointed out that garments hanging at clotheslines often fall by the wayside in flats.

Some jokingly said that flat residents should mark the unit number on undies to prevent any misunderstanding.