His love of animals turned him into a victim of intense bullying. 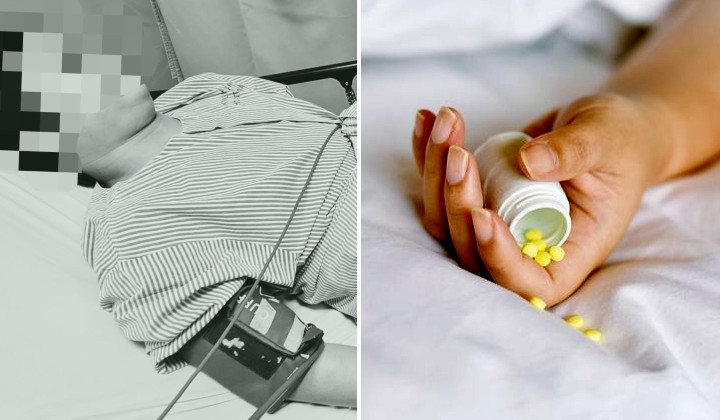 An animal rescue group based in Sabah reported today that one of their teenage volunteers attempted suicide due to bullying over his love for animals.

In a heart-wrenching post, Animal Lovers Independent Rescuers (ALIR) wrote about how one of their long-term young animal caretakers Ed (a pseudonym) was admitted into the hospital after overdosing on pills and leaving behind a suicide note.

According to the post, Ed’s brother found him unconcious and rushed him to the hospital, where he was in critical condition in the emergency ward for over 50 hours.

Luckily, his condition then took a turn for the better. He was transferred out of emergency, and has recovered enough to be discharged from the hospital. However, ALIR notes that he will continue to require therapy and medical checkups.

According to the post, Ed has been taking care of stray animals for more than 10 years, since he was 7 years old. Not only does he volunteer at ALIR, he lives at home with some 50 rescued dogs too.

However, his love for animals have turned him into a victim of intense bullying from schoolmates.

Caring for animals is one of his way to escape from all the traumatized episodes and been dealing with severe depression all these years without proper help and treatment.

Allegedly, his schoolmates would call him dirty and smelly. Some even threw away his lunchbox so he would have nothing to eat. He claimed to have reported these incidents of bullying to his school teachers but was told to deal with it himself.

We just want to protect our rescued fur friends and treat them just how we wish people to treat us.

Speaking to TRP, ALIR notes that Ed has gone through bullying since primary school all through high school by different group of students.

When Ed first encountered bullying in primary school, a police report was lodged, but no action taken. He then changed schools, but the same kind of bullying would happen. Even when his parents brought up the issue to school authorities, teachers did not take it seriously.

While the bullying stopped momentarily after his parents confronted the students directly, it resumed when he entered a new high school.

However, as he did not want to cause additional issues, he kept it all to himself and started to sink into severe depression unknowingly until it cumulated into the suicide attempt.

We just wish that people will be aware that bullying is not OK. Schools should also be aware of (these bullying incidents).

Ed’s medical fees for his treatment will be covered by his family.