The man ignored his wife when she tried to explain and splashed hot oil at her. 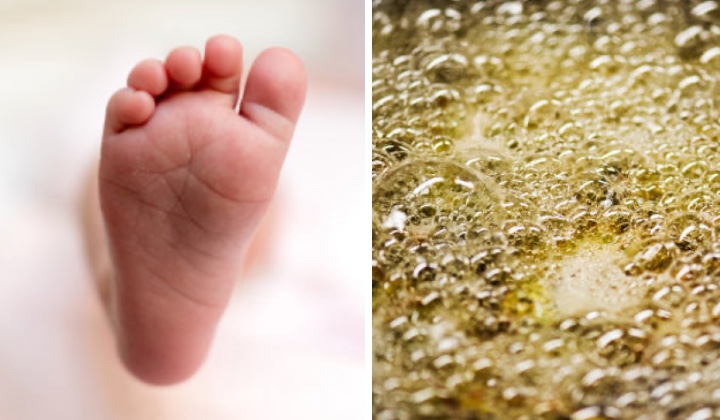 A woman and her four-month-old baby girl were burnt on several parts of the body after being splashed with hot oil by her husband.

Berita Harian reported that the incident happened after they had an argument.

The 11 February incident happened at about 5.50 pm at Semabok Dalam in Semabok, Malacca.

The 22-year-old woman and her son were rushed to Melaka Hospital for further treatment of their injuries.

The head of the state Criminal Investigation Department, Assistant Commissioner Lim Meng Seah, said the 24-year-old man allegedly sprayed hot oil on their wife and baby out of jealousy.

The husband suspected his wife was befriending another man with whom she frequently talked on the phone.

The husband was said to have demanded an explanation from his wife, who was frying chicken in the kitchen at the time. The woman tried to explain, but her husband ignored her.

ACP Lim Meng Seah on how the incident happened.

The husband then splashed hot oil on his wife, who was holding her baby at the same time.

Lim said the incident caught the attention of the man’s mother when she heard the baby’s loud cries.

She then brought her daughter-in-law and grandson for treatment.

The victim, who is also a housewife, had burns on her left thigh.

Her baby had burns on the back of her waist, buttocks and the entire left and right legs.

Lim said the suspect works as a chicken cutter at the Batu Berendam Wholesale Market and the couple has three other children aged six, four and two.

The man was arrested after the police received information of the incident and is now remanded for four days to assist in the investigation under Section 324 of the Penal Code for intentionally causing injury.

ACP Lim Meng Seah on actions taken by the police.