The Philippines refused to accept the vaccination cert in the MySejahtera app. 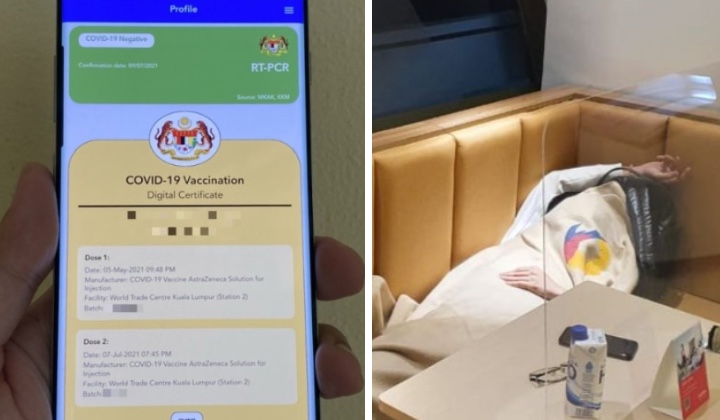 13 Malaysians were stranded at Manila’s Ninoy Aquino International Airport after the group was not allowed to enter the Philippines.

They were denied entry by immigration despite being vaccinated in Malaysia.

According to The Star, a passenger said the digital vaccine certificate in the MySejahtera app was not accepted by the Philippines.

Therefore, the Philippine authorities did not allow the entry of 15 passengers who arrived via flight from Kuala Lumpur International Airport (KLIA) on Sunday.

Their passports were also confiscated and they would be sent home on Tuesday (14 February).

The passenger claimed the Philippine immigration authorities would accept vaccination in another country such as Singapore.

The Philippines, which opened its borders to fully-vaccinated travelers starting 10 February, would also accept the International Certificate of Vaccination from the World Health Organisation (WHO).

The group, which also comprised 2 foreign nationals, is traveling to the Philippines for business, personal and humanitarian reasons.

In the latest development, the Malaysian Embassy in Manila is assisting the stranded Malaysians.

The Health Ministry (KKM) is also looking into the matter.

The incident drew flak from the public with critics alleging that the MySejahtera app could not be trusted.

The distrust on our MoH issued MySejahtera when vaccines certificate could be forged by our doctors. 😒https://t.co/H4U8wRjUkP

There’s No Such Thing As Perfect Technology

In the past, the app’s Application Programming Interface (API) was misused to send false emails and text messages to users.

Some said they even received prank emails from MySejahtera stating they had tested positive for Covid-19.

The Health Ministry had since improved the app’s security, which is currently under joint management with the National Security Council (MKN).

The app was originally developed on a Corporate Social Responsibility (CSR) basis by local company KPISoft Sdn Bhd, which has offices globally.

MySejahtera has been helping the government to track Covid-19 outbreaks.

The app also notifies and updates the public on vaccination progress and status.

Its Check-In feature registers and manages the entry of visitors into a premise in a structured and standardized manner.

READ MORE: MySejahtera Status Is Yellow And Can’t Enter Shops? Here’s How To Switch To Blue