Muda VP Zaidel Baharuddin said Nurainie was voted in by people who disliked her. 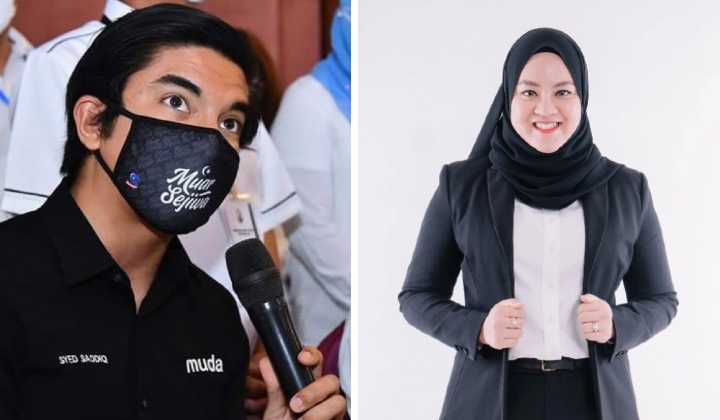 Zaidel, himself a former Umno man, said most of the committee members are not on good terms with her.

They had been criticised by Nurainie in the past. And yet after the interview, a 5-3 decision in favour of Nurainie.

Zaidel made the revelation during a meeting with Muda members from Shah Alam and Subang Jaya recently.

Even though she had been critical of Muda, she has also been promoting young leaders, said Zaidel.

He added that Nurainie, a lawyer by profession, is very respectable for the work she had been with her own NGOs including being a strong advocate of domestic violence issue.

I have not met @AinieHaziqah but read about all the work she does and has done helping the poor and needy through the pandemic and otherwise. She has helped people that others dont even know exist and dont see.

Nurainie had support of certain segment of society which Muda lacks. She also has experience in managing organisations. We need to put aside ego and work with our critics to expand Muda’s influence.

Muda information chief Zaidel Baharuddin what Nurainie is bringing to the table.

He described Nurainie’s appointment as something which is outside Muda’ comfort zone.

On whether her appointment is the right decision, he said only time will tell.

In politics, we make peace with our enemies and not our friends.

He said that’s the risk Muda has to make as there is nothing to say for sure if Nuraine will be another Azmin who betrays the party or otherwise.

Zaidel conceded that in politics, some difficult issues will take a long time to explain as compared to drawing a satirical cartoon.

Many had expressed disagreement with the appointment, citing ‘frog politics’.

They accused Nurainie of being a hypocrite without principles because she had quit PKR in May 2020.

She then joined Pemuda Negara, which supported former PKR deputy president Azmin Ali, as head of the women’s wing.

Those who defended the move said transitions from one party to another is normal and should be accepted, so long the person is not an elected representative who switch sides.

Can’t believe I have to point this out, but there’s a difference between an unelected person and elected representative changing parties.

Others pointed out that she is not the only one who was formerly from other parties.