Indian and Turkish aircraft manufacturers are the leading candidates for the latest Malaysian contract. 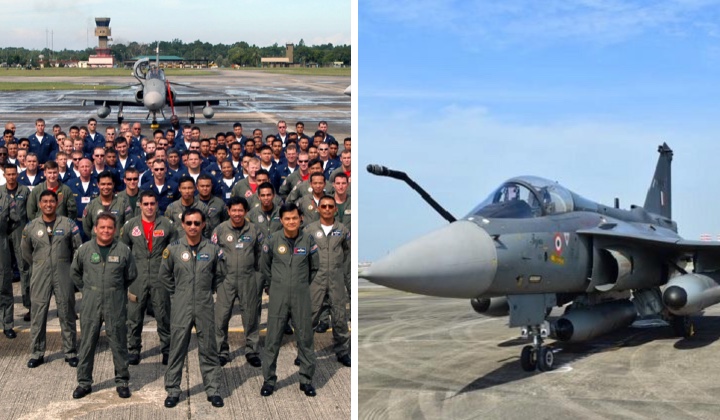 The government may be struggling to control the prices of everyday items, but it seems there is still money to splash on military hardware.

It has been reported that Malaysia is considering buying fighter jets from India that took over 35 years to develop since 1983.

According to Business Standard, India will be going all out to secure an order from the Royal Malaysian Air Force (RMAF).

Accordingly, RMAF is looking to buy a mix of 36 light fighter variants under its ‘Capability 55’ plan which was hatched in 2018.

Under the plan, Malaysia will spend on a mix of light combat aircraft (LCA) and fighter lead-in trainers (FLIT).

The nation is seeking a replacement for the RMAF’s BAE Systems Hawk 108 and Hawk 208.

According to Times Aerospace, two aircraft manufacturers are reported to be in the frontline to bag the deal – India’s Hindustan Aeronautics Limited (HAL) and Turkish Aerospace Industries (TAI).

The potential deal with India is said to include the ‘Tejas’ LCA for US$50 million (RM210 million) apiece, with a total of US$900 million (RM3.8 billion).

The Indian Air Force (IAF) had previously showcased the Tejas’ performance in Malaysia at the Langkawi International Maritime Aerospace Expo (LIMA) in 2019.

Is The Tejas Really That Bad?

The Tejas is only the second “Made-in-India” jet fighter. It currently has three production models – Tejas Mark 1, Mark 1A and trainer variant.

It took India over 35 years for Indian aircraft manufacturer Hindustan Aerospace Limited (HAL) to develop the Tejas since 1983.

The naval variant of the non-stealth fourth-generation fighters has been rejected by the Indian Navy because the ‘overweight’ fighter does not meet its requirements.

The IAF did choose to procure Tejas jets, but the service’s auditor general criticized the design for failing to meet 53 criteria.

These include deficiencies in its radar- and missile-warning systems, limited internal fuel, underpowered engines relative to airframe weight, and lack of electronic warfare support.

At the same time, there are other options that Malaysia can consider including the Pakistani-Chinese JF-17.

On the other hand, India and Malaysia have similar operational needs and weapon types with both countries using Russian and NATO systems.

India reportedly offers a good deal to Malaysia with the latest version Mk1A which features modern AESA radar, new avionics and the ability to add on various weapon systems.

Where Did The Money Go In The Past?

Malaysia’s recent track record in military procurement has been worrisome.

The country paid RM6 billion for six Navy ships to Boustead which were never delivered.

Boustead is a government-linked company (GLC) in which Lembaga Tabung Angkatan Tentera (LTAT) is the majority shareholder.

The government re-ordered four more ships from China at the cost of RM1.2 billion.

Hopefully, the decision-makers will negotiate the best deal for taxpayers’ money this time around.