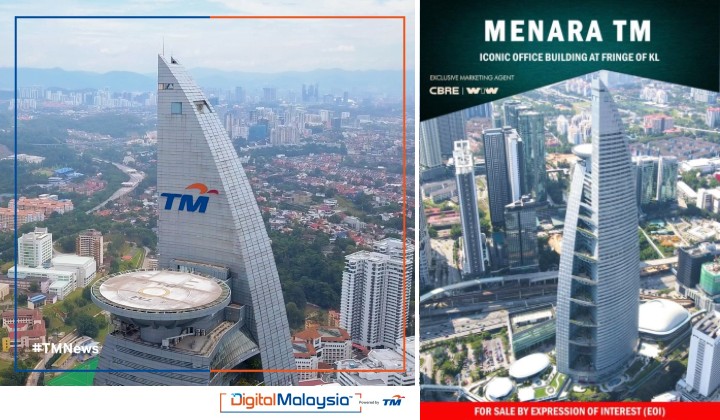 When the iconic Menera TM was announced for sale, many netizens were taken by surprise.

Telekom Malaysia (TM) has resided in Menara TM since the tower was built, becoming an iconic landmark in its own right strategically located right next to Federal Highway.

However, it turns out that TM the company does not actually own Menara TM the building.

In fact, in a press statement, TM clarified the situation, noting that TM is merely a long-term tenant of Menara TM and not the owner.

The owner of Menara TM is actually Menara ABS Bhd, which is the party behind the sale of Menara TM.

As for why Menara TM is named after its tenant and not its owner, it turns out that it’s pretty common for key clients to have naming rights during their lease.

Telekom Malaysia DOES Have Their Own Property

Telekom Malaysia does own property of their own. The company has noted that they are in the process of relocating their corporate offices to their own buildings, including TM Annexe 1 and TM Annexe 2 as well as their properties in Cyberjaya.

You Won’t Believe How ‘Majestic’ This Township Just Next to KL Is!

“Let’s Make An Avengers Tower!” Netizens Joked After Menara TM Is Put Up For Sale