Malaysia is taking part in its second Winter Olympics. 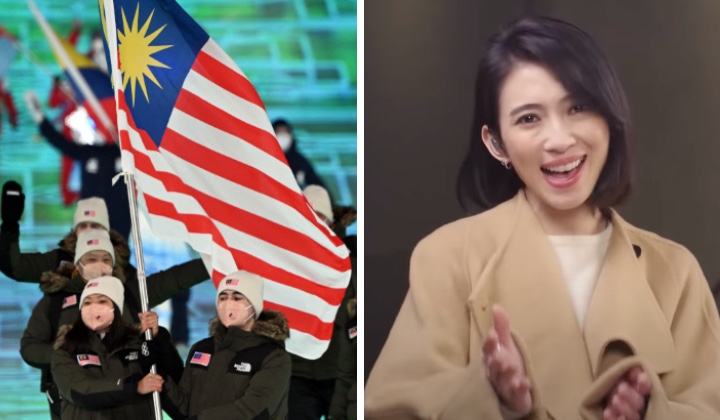 Malaysia doesn’t have four seasons, but that didn’t stop the tropical country from taking part in the Beijing 2022 Olympics.

She finished in the top 40 in Run 2 of the women’s giant slalom event.

It was an improvement for the debutant, who finished 46th place in Run 1 earlier to finish in 38th place out of 60 skiers.

Another national alpine skier, Jeffrey Webb, will vie for glory in the men’s slalom event on 16 February.

Webb was the first Malaysian athlete to successfully qualify for the Winter Olympics.

He had previously participated in the 2018 PyeongChang Winter Olympics in South Korea, together with ice skater Julian Yee.

It was Malaysia’s first appearance in the Winter Olympics.

Punching Above Its Weight

Malaysia also made its presence felt off the tracks.

Famed Malaysian singer, songwriter, producer and director Penny Tai is featured in the music video “Together for a Shared Future”.

The music video was launched on 1 February to promote the Winter Games and featured an impressive list of the biggest names in showbiz.

Tai was joined by more than 100 acclaimed Chinese musicians and movie stars.

The chief director of the video, Fu Jie, said that the all-star short film took more than 20 days to complete.

It was filmed across multiple cities including Beijing, Shanghai, Shenzhen, Hong Kong, Macao, Taipei and Bangkok.

Tai, who is from Segamat, has achieved many successes in her music career, including winning 5 Golden Melody Awards.