Umno can use its close relationship with the Chinese government to speak up for Uyghur Muslims in a constructive manner, said Dr Abdul Razak. 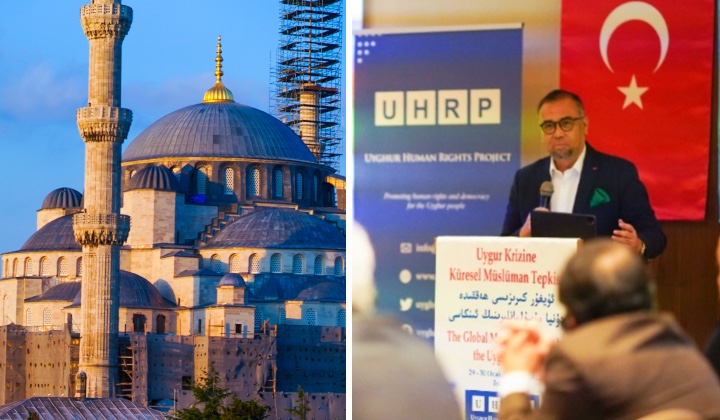 He said the move is imperative as discrimination and racism continue to take an unacceptable toll on Muslim communities worldwide.

Islamophobia is a pattern that is repeating in nearly every part of the world. As a model Islamic country, Malaysia must do its part in upholding religious freedom and human rights at the international level.

He pointed out that even Western countries, such as Canada, France and Germany have been working on various measures to combat Islamophobia, hate crimes and all forms of racism.

Citing an example, he said Islamphonia had been used to justify a large-scale, invasive violation of human rights over the Uyghur people in China.

The troubling violations include mass incarceration, surveillance and cultural erasure.

China has been accused by the world of genocide and crimes against humanity against the Muslim minority group.

Dr. Abdul Razak to TRP on Uyghurs being victims of Islamophobia

Dr. Abdul Razak was speaking at a conference on Global Muslim Response To The Uyghur Crisis in Istanbul recently.

Hosted by Uyghur Human Rights Project (UHRP) with support from the Turkish government, the event was attended by NGOs from countries all over the world including Malaysia.

Dr. Abdul Razak, who is the founder of Nahel Endownment for Peace, added that Umno enjoys a constructive friendship with the China government.

He said their relationship is very strong and UMNO had been invited to various Communist Party of China’s related programmes.

As such, Umno can use the party to party channel to address sensitive and delicate issues, said Abdul Razak, who had accompanied party officials on private meetings with high-level CCP officials.

Pragmatism is crucial in such pursuit and the ‘Asian ways’ must be embraced. Using the language of genocide may not be suitable if Malaysia wants to be effective in delivering an outcome.

He also said that since Malaysia is now a member of the UN Human Rights Council for 2022 to 2024, it is important for Malaysia to deliver a stronger position on issues of human rights affecting Muslim minorities globally.

From Empathy To Action

Malaysia4Uyghur (M4U), a coalition of multifaith & multiracial NGOs advocating for Uyghur dignity, said Malaysians have been supportive to the Uyghurs in many ways.

READ MORE: Have You Ever Seen Uyghur Bazaar Naan? It’s So Fluffy And Delicious

Its president Zuhri Yuhyi said the ongoing support is important to prevent the treatment of the Uyghurs from worsening.

He noted that the true scope of the oppression and related figures will never be known due to a lack of independent oversight, and limited access to foreign journalists.

Even though it is happening far away from Malaysia, the oppression is evident on the ground in Xinjiang. We appreciate and salute all Malaysians who have been spending their time to tweet and post all sorts of information on what’s really happening in Xinjiang.

He said the outpouring of support help boost the morale of the Uyghur diaspora, some of whom are in Malaysia.

Meanwhile, the Malaysian Consultative Council Of Islamic Organization (Mapim) said the Uyghurs should not be left fighting a lone battle.

Rather, Mapim president Azmi Abdul Hamid said it should be supported by many more Malaysians in championing the fate of the Palestinians.

Personally, I am saddened to see how the Uyghurs have been left alone in their fate, in which, unfortunately, many Islamic countries have remained silent.

Elaborating on bilateral relations, Azmi pointed out that Malaysia had always been grateful to the government and people of China for its wholehearted support in terms of economy.

However, he also highlighted the importance of speaking the truth as one of the important pillars of the bilateral ties.

We are not anti-China. No doubt about that. But oppression driven by Islamophobia is not the answer. A proper strategy is needed to bring justice to the Uyghurs.

Who Are The Uyghurs

The Uyghurs, who are Turkic-speaking people, live in the northwestern Xinjiang Uyghur Autonomous Region of China, also known as East Turkestan.

As they are mostly Muslim, Islam had been blamed as the root cause of violence in Xinjiang, notably a series of violent riots over several days that broke out in July 2009.

These events in China, and in other parts of the world involving Muslims from other ethnics, had added a new dimension of urgency to the existing confrontation between Muslims and non-Muslims.

Uyghurs have a distinct culture and history. About 12 million Uyghurs currently live in Xinjiang.

Human rights organizations, UN officials, and many foreign governments have called for international response to decades-long crackdown on Uyghurs by Chinese authorities.

The suggestions include a boycott of the Beijing Winter Olympics, which Malaysia is also participating.