The high price of Evian bottled water has left many consumers puzzled. 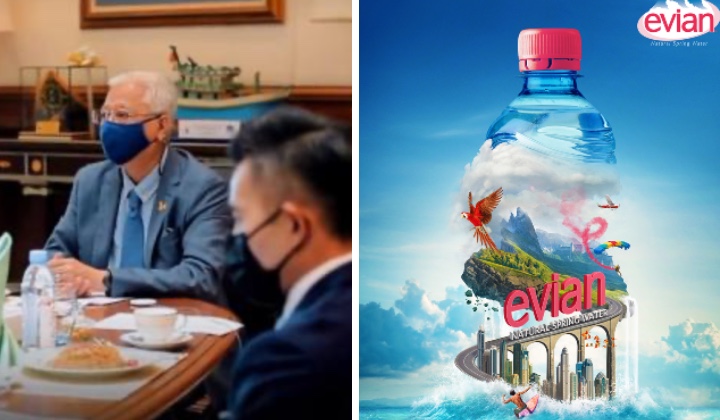 Lately, the Evian brand has become the talk of the town.

The natural mineral water from France was the highlight of a video that went viral on social media recently.

In the video, Prime Minister Datuk Ismail Sabri Yaakob was discussing the cost of living of the people.

An Evian was on the table, which drew the netizens’ attention because the brand is so expensive.

1. A video of Prime Minister Ismail Sabri chairing a meeting of the National Action Council on Cost of Living has gone viral on social media.

The video drew attention to the fact that government officials were being served bottles of Evian water. pic.twitter.com/7JCSZRHpAA

However, many do not know that Evian is a brand that produces high-quality water.

So, it is not surprising if it is much more expensive than other brands.

Here are some factors that make Evian different from other brands:

According to sources, the Evian brand has invested a lot of money in gaining recognition in terms of health and brand awareness.

The reputation and trust attributed put Evian a class above the rest.

Speaking of cost, it requires a lot of money to send the product all the way to Southeast Asian countries.

For those who are wondering, the water source comes from the southeastern region of France called the Rhone-Alpes.

3. The Bottle Is Made Of Quality Material

Evian bottles are made from a recycled material called polyethylene terephthalate (PET).

The material to produce the bottle itself is of good quality and not cheap. It requires extensive testing to ensure that the bottle is safe and reusable.

Evian is also known for its Limited Edition bottles, which adds up to the production cost.

Finally, Evian water is rich in calcium and magnesium which are good for heart circulation and help to lose weight.

Naturally-occurring electrolytes and minerals are found in the water, and because of them, Evian has a very distinctive mineral taste.

Regardless, any brand of mineral water is fine to drink as it can also quickly quench your thirst.

Perhaps the same amount of money would be better spent on a meal, while we take a drink from a trustable tap.