The owner tried to use a fire extinguisher, but couldn’t put the fire out. 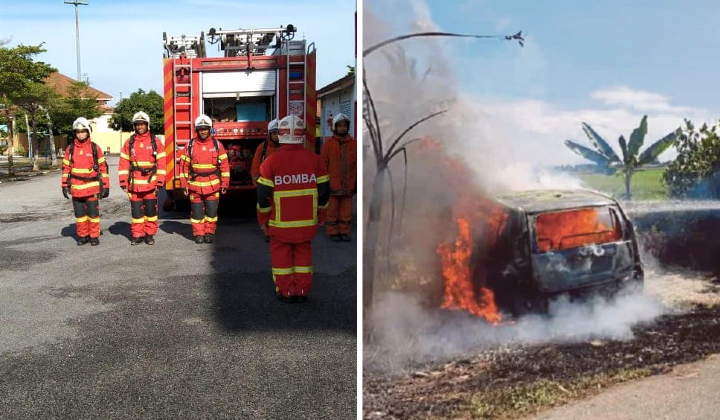 A Perodua Myvi ended up being on fire after the flames made their way from a pile of nearby burning rubbish to the vehicle.

Based on reports from Berita Harian, the incident happened in Parit 3 Timur, Sungai Panjang, Selangor.

Selangor Fire and Rescue Department (JBPM) Assistant Director of Operations Hafisham Mohd Noor was quoted saying that his department received the emergency call at 10.46 am.

He mentioned that a team of four members from the Sungai Besar Fire and Rescue Station (BBP) was rushed to the location to put out the fire.

Hafisham was also quoted by Harian Metro saying that the fire was successfully extinguished but the vehicle is 90% damaged due to the incident.

At the time of the incident, the 38-year-old car owner was inside his family’s house. The fire was caused by burning rubbish and is believed to have spread to the vehicle. The owner of the vehicle tried to put out the fire using a fire extinguisher but failed. He then called the fire department.