The art street was meant to be a celebration of local art and culture. 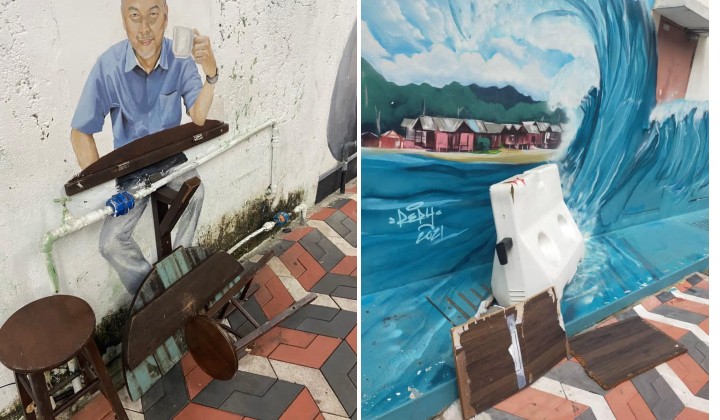 The Kuantan Art Street is a tourist attraction filled with hand-drawn murals and art installations, as a perfect backdrop for pictures.

According to the Kuantan City Council, the street murals were vandalised repeatedly.

One painted mural was damaged with a hole through the wall. Another mural which depicts a kopitiam had its wooden table prop broken.

CCTV footage also caught visitors climbing onto the bicyle prop attached to the wall in an unsafe manner, by balancing on the wheel instead of merely posing with the prop as intended.

This is not the first time that Kuantan Art Street has been vandalised. In March 2021, the art by 13 local artists were vandalised so badly that something was actually done about it.

CCTVs were installed along the street, and about RM500,000 was spent to fix 200m of the back alleys in Jalan Besar.