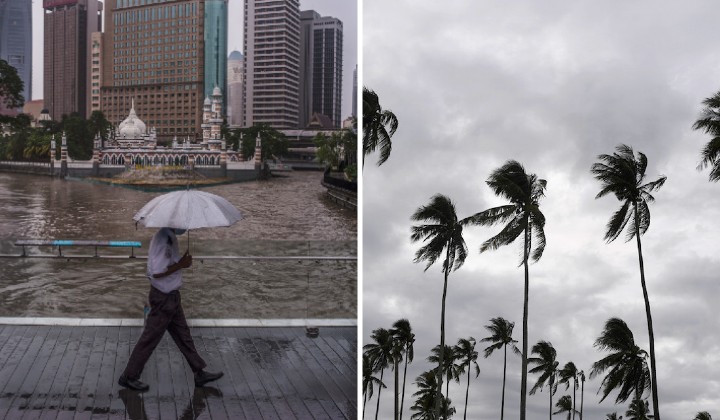 The states in the west coast of the Peninsula – Kedah, Perak, Selangor, WP Kuala Lumpur, Putrajaya, N.Sembilan, Melaka, and the interior of Pahang are expected to experience thunderstorms and rain in the late afternoon until early evening, according to Malaysia’s Meteorological Department (MET Malaysia).

They tweeted a statement recently saying that based on their analysis, western Sabah, western and central Sarawak will also experience similar weather patterns while humid weather is expected in most places with rain in the morning on the east coast Peninsula and eastern Sabah.

Hot and dry weather is expected to continue in the northern states of the Peninsula. Strong winds and rough seas are also expected in the waters of the South China Sea during the period 2 – 6 February 2022.

MetMalaysia previously mentioned that the country is now in the midst of the North-East monsoon season that began from November 2021 and would continue till March this year.

The effects of the monsoon season have been devastating to some parts of Kedah and Perak recently, which were hit by “tornadoes” with many videos posted online by residents showing the destruction caused by the weather.

Luckily, no lives were lost during both incidences.