The man was criticised for being angry all of sudden. 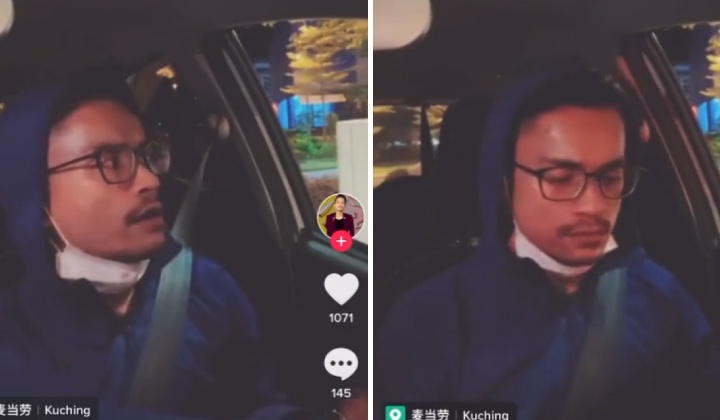 The Malays have a proverb, kerana mulut badan binasa, which means a person will get into trouble if he’s not careful with his words.

Recently, a video that featured a man behaving rudely at McDonald’s drive-thru had gone viral on Twitter.

At first, the man was seen only ordering food as usual and nothing happened.

However, things turned ugly when the employee on duty asked questions to ensure that the order was taken correctly.

The man began to ‘get upset’ and scolded the employee.

I said 3 (chicken pieces) just now, right? I said set! Why are you deaf? Next time, talk to the customer nicely.

It is understood that the video was recorded and uploaded by the man himself on his TikTok website, but was deleted after receiving public criticism.

The man’s actions, which were described as being angry for no reason, had provoked various reactions from the public.

They were indignant with his rude attitude towards the employee.

Netizens said such people should be reported to the authorities.

Others commented that the man probably thinks he can gain popularity by being rude.

The man’s gender orientation also became a matter of speculation, due to his demeanor.

At the same time, netizens tried to dig up past videos uploaded by the man.

Moral of the lesson: think twice before you get angry.