Shahrill Amri was once told by his teacher that he would not achieve much in life. 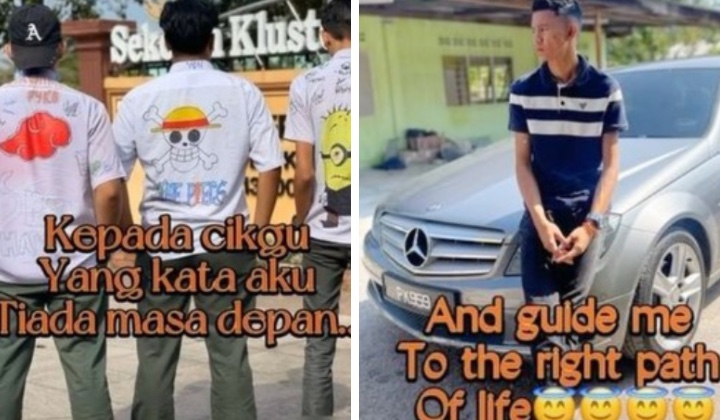 The school days are full of memories that often make us smile to ourselves.

Many would also remember their moments of mischief that gave the teachers a headache.

Not to mention the angry moments at the teacher for judging the students so fast, without even giving them a chance.

However, the teachers’ rebukes are often for the purpose of educating.

They would never stop praying for the success of their students so that they will become useful members of society.

A case in point is the story of a young man named Shahrill Amri.

Accordingly, he became successful in life and is now looking for his former teacher to say thanks.

Through a posting on TikTok, he sought the help of netizens and former students at his school to look for ‘Cikgu Firdaus’.

According to Shahrill, Cikgu Firdaus once said to him that he had no future.

Even so, his intention to look for Cikgu Firdaus was not out of spite, but to thank the teacher for the reprimand.

Shahrill is grateful that the education given by his teacher had made him a successful person.

The Power Of Social Media

The much-sought-after teacher, Ahmad Firdaus Din, finally replied on social media after the Instagram post caught the attention of netizens.

Cikgu Firdaus said he is proud to see his former student succeed in life.

The teacher also revealed Shahril’s former character as someone who never fought or rebelled despite being angry and was respectful to teachers.

Ahmad Firdaus gave his blessings to Shahrill and wished him more success to come.

At the same time, netizens praised Sharil for not forgetting his mentor and making the effort to get in touch.

They noted that such gestures are few and far in between nowadays.