The grandfather said Daniel had face trials and tribulations because of a series of events that befell the family. 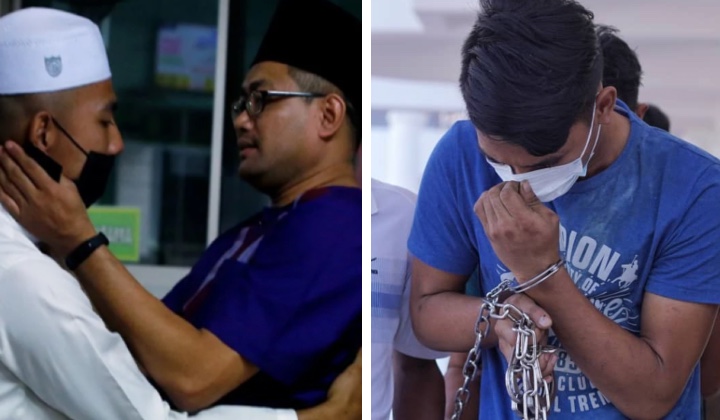 Not too long ago, the story of a young man who tried to steal from a mosque fund has caught the attention of many.

The young man, Daniel Iskandar Mohd Nasir has recently reconciled with his family and the management of Al Islahiah Mosque.

Rosli Sidek, 65, the grandfather of the teenager, was quoted by Harian Metro as saying that his wish had finally come true.

I saw the change in Daniel, he has really repented and also apologized, and I have forgiven him.

Rosli Sidek, grandfather of Daniel, on his grandson’s repentance

According to Rosli, he also wanted to thank all parties which had been involved.

He said this after a meeting between Daniel’s family and the management of Masjid Al Islahiah recently.

Outsiders can no longer take the opportunity to insult Islam by claiming that Malay Muslims commit violence. The exaggeration is something that disappoints me.

Rosli Sidek, grandfather of Daniel, on why he wants to bring the matter to a closure

A Series Of Unfortunate Events

According to Azhar, Daniel is still young and perhaps he is hanging out with the wrong friends and not getting a good upbringing.

Daniel has now been taken by the Social Welfare Department (JKM) and placed in a centre to rehabilitate him.

Rosli Sidek, grandfather of Daniel, on the help that his grandson is getting

A series of unfortunate events befell Rosli when he lost his brother-in-law and wife recently.

The misfortune happened some two weeks before Daniel’s case.

However, Rosli persevered and considered it a test from God.

Previously, the grandfather had revealed that he asked the mosque to report his grandson to the authorities.

Rosli said his grandson had lied about stealing money to buy medicine for him.

Daniel was eventually taken to court to face the music.

They also pledged to buy medicine for the teenager’s grandfather, who was thought to be ill and in need of expenses.