The villagers have been begging the authorities to tar the gravel. 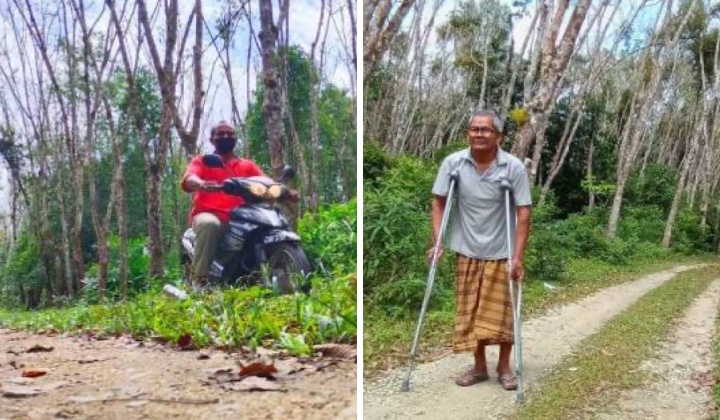 More than 20 families in Kampung Perol Lubok Tegayong, Tok Uban here have been ‘suffering’ for the past 30 years.

The road leading to their village is not tarred, thus exposing them to danger every rainy season.

The villagers claimed the situation became more dangerous especially at night as they found it difficult to see ahead.

As it is, it gets very dark at night due to the absence of street lighting and road reflectors.

The village representative, Idris Jusoh, 65, was quoted by Sinar Harian as saying they were no longer willing to endure the ‘suffering’ that had lasted for the past 30 years.

We have submitted an application to the relevant parties and it is understood that it has been approved. Unfortunately, this five -kilometer road is still unpaved. And so, I appeal that our main road to be paved as soon as possible.

According to him, due to the road condition, he is suffering from bodily pain due to a previous accident that broke his bones.

He said every time he used the route he had to ‘forget’ the pain for a while because that was the best option available.

Another resident, Rosmini Ismail, 48, said the uneven road surface is a disgrace and a shame to the villagers. The uneven road had almost caused her to have an accident.

The villagers did not say if they will plan to protest if the gravel is not tarred.

A tarred road will not only boost economic activities and productivity but also improve mobility and save time.

Even sadder is that the problem of poor road conditions in Rantau Panjang is not exclusive to the villagers.

Actor and road safety activist Lando Zawawi highlighted that roads that are filled with potholes are covered only by clothes.