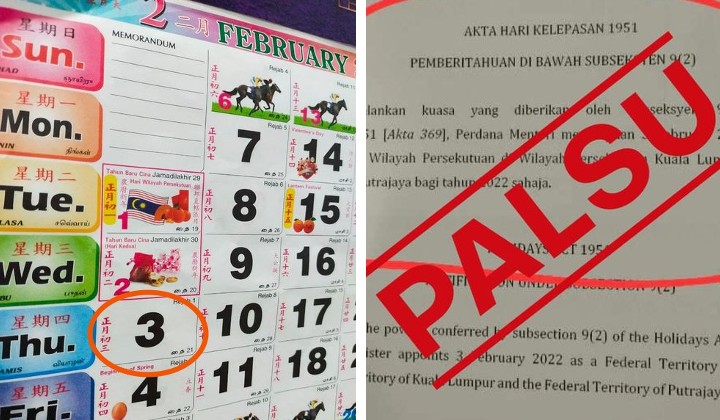 Recently, there has been news circulating around Whatsapp groups following a screenshot saying this 3rd of February to be a public holiday.

According to Bernama, the screenshot titled “Notification Under Subsection 9 (2) of the Holidays Act 1951 [Act 369]” declaring a Federal Territory public holiday for Kuala Lumpur, Putrajaya and Labuan on February 3rd 2022 is indeed not true.

As the news is fake, the Prime Minister Department in their Facebook post on the 26th of January further urged the public to avoid spreading or sharing uncertain or false information.

It would make sense since we have never had additional public holidays for Chinese New Year before. Even if there’s an extra public holiday, it would usually come with an official announcement.