Swift action by the police leads to arrest of the suspect a day after the crime. 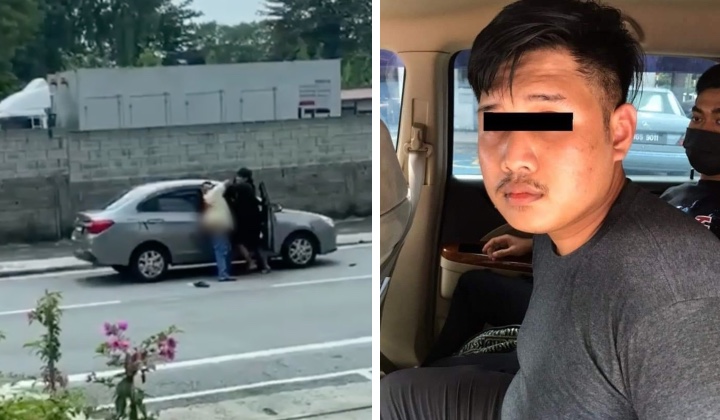 Police has arrested a local man suspected of being involved in a robbery case and fleeing a vehicle belonging to an e-hailing driver.

The crime happened at Jalan Sentul Pasar on Tuesday (25 January).

The crime, in which the suspect disguised himself as a passenger and ordered an e-hailing service, happened at Jalan Sentul Pasar on Monday (24 January).

Beh said police received a report from the 47-year-old victim at 2.08pm that day.

The victim told the police he had been robbed, stabbed in the neck and that his Proton Saga car had been stolen by the suspect.

Investigation found that the victim met the suspect in Putrajaya using the In Driver application and after arriving at the destination in Sentul Pasar, the victim told the suspect the amount of fare to be paid.

The suspect also pulled the victim out of the car and fled the gray Proton Saga car, said Beh in a statement.

He added that the victim was assisted by members of the public who happened to pass through the road.

The victim was sent to the Kuala Lumpur Hospital by ambulance for treatment.

Following that, the police launched an investigation and managed to track down the suspect who did not have any previous criminal record.

The case is being investigated under Section 394 of the Penal Code which carries a jail term of up to 20 years and must also be subject to whipping.

Beh advised the public to always abide by the law and those who have any information related to crime, can report it by contacting the Sentul District Police Headquarters Operations Room at 03-40482206.

The crime had since been shared by netizens on social media.