BAM said it is willing to extend an olive branch to Lee. 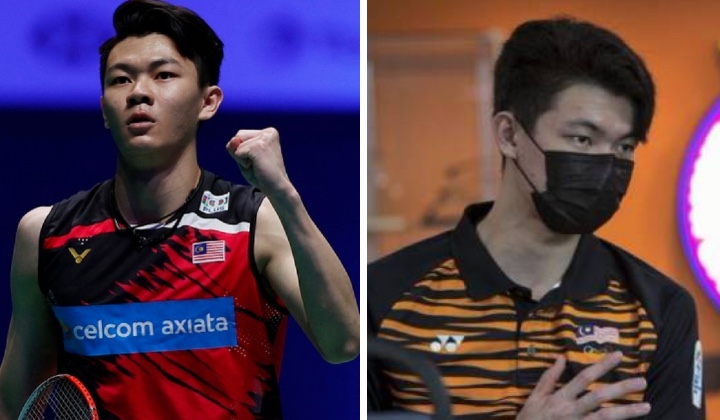 The country’s number one men’s singles player, Lee Zii Jia has appealed to the Badminton Association of Malaysia (BAM).

Lee is hoping the BAM will reverse its decision to suspend him from participating in any international tournament.

BAM said in a statement that Lee’s appeal was accepted on Monday (24 January).

BAM gave assurance that it will work towards finding an amicable solution after the 2021 All England Champion decided to leave BAM prematurely.

The Stick And The Carrot

Previously, the country’s badminton governing body decided not to register the world number 7 for the international tournaments for two years starting 18 January.

The punishment had a profound effect not only on the badminton fraternity but also on Malaysians.

We are fully aware of the anger and frustration being poured out and we fully understand the frustration expressed against BAM. This situation is extremely challenging and is getting attention from all parties, politicians and international players.

BAM said it appreciates all the comments, criticisms and overall feedback directed at them.

It gave assurance that the sport and also the best players will be protected while maintaining the highest values and standards at the same time.

The BAM Council’s action is based on official procedures with the information submitted to them. However, it is important to remember that the decision can still be appealed.

BAM on the second chance for Lee

Lee gave the reason that he could not withstand the pressure and lifestyle with strict discipline in BAM.

BAM responded by deciding not to register Lee and former World Junior Champion Goh Jin Wei for future tournaments for the next two years.

Goh was also punished because she made an immediate u-turn to become a professional player after retiring from the national team due to health factors.

Fans also expressed dissatisfaction with the punishment imposed on Lee, while a minister also stepped in to help.

Not all were sympathetic with Lee.

Some netizens said BAM should stick to its earlier decision as a warning for other players.

Lee’s former coach, Datuk Misbun Sidek hopes that there will be a good closure so as not to have a bad effect on national badminton.

In a report by Astro Awani, he was quoted as saying that BAM have a right to suspend Lee.

Misbun, who was surprised by the suspension, pointed out that BAM have been meeting the needs of the players since they were young.

Suddenly you take a step to get out of the association, that action is a violation of the prescribed arrangement.

Misbun hopes that Lee can rethink his decision to quit BAM.

He said if Lee wants to be a great player, he has to go back to the basics.