The state exco argues that roti canai making can be profitable career if done properly. 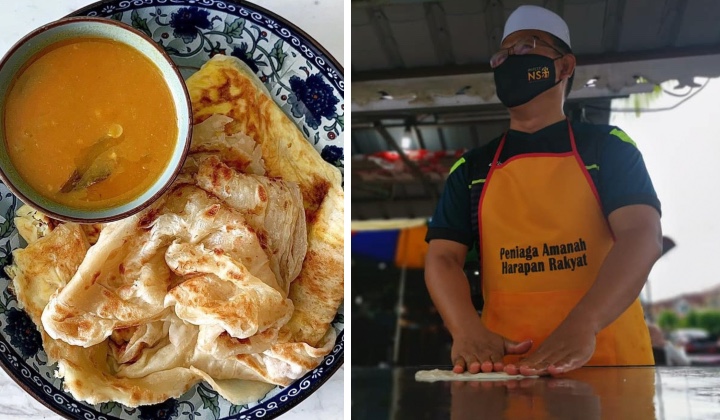 Recently, netizens have criticized the proposal by a Negeri Sembilan state exco to open the first-of-its-kind roti canai academy in Malaysia.

The Amanah politician is trying to convince the public of his idea through social media.

According to the initial plan, a special syllabus will be drafted to be included in the list of short-term courses to be offered by the Negeri Sembilan Foundation Academy Group (KAYNS) to the youth.

Taufek, who is assemblyman for Paroi, hopes the idea would become a reality in the next two months.

Based on my observation, a career in the making of roti canai promises a lucrative return. The salary as a roti canai maker is also not bad.

Taufek’s proposal has been labelled as a disgrace by some netizens on social media and it seems they will never accept his idea.

He said the experience can be easily gained by working at any mamak shop.

Netizens also worry that it would result in roti canai becoming more expensive as a result.

On the other hand, there are also those who seem to support the idea.

They believe that it should not be dismissed juts because of the perception that making roti canai is a lowly job.

Others said it is indeed profitable to earn a living by making roti canai.

They also praised the state exco for exploring ideas that are creative and unusual.

He said a time well spent in cuisine classes wouldn’t in anyway be a waste, because it’s where the art of food creation and presentation are perfected.

Agreed. I get why we are frustrated with how our neighbours seem to be moving forwards (to our detriment), but we shouldn’t belittle our local cuisine and efforts to improve skills.

Making roti canai is no easy feat – I can see why a centre to learn the craft will be useful. https://t.co/CPL0fi5PJy