Netizens thought the incident happened here recently, when in fact it took place last year in the Philippines. 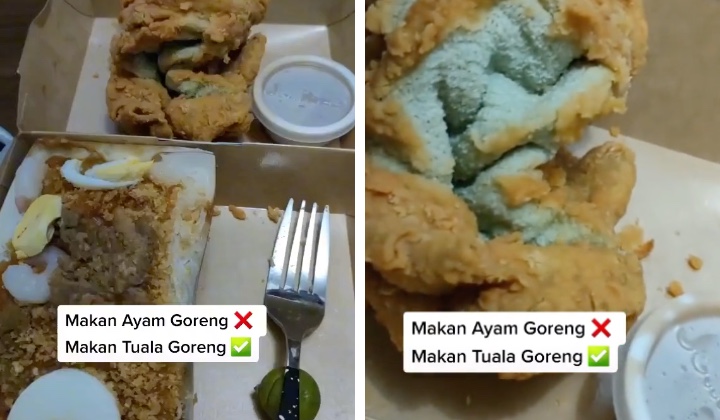 Once in a while, ordering food at a restaurant can be tricky.

The most common problem is the food’s flavour and appearance are not the same as advertised.

Recently, a customer was enjoying fried chicken at a fast food restaurant.

Everything seems in order until he realised that one of the fried chicken is in fact a towel that had been cooked in fried chicken batter.

The shocking experience was recorded in a video and went viral after it was uploaded to social media by TikTok user @mzulkamal.

Netizens were both amused and disgusted at the fried towel.

Many believed that it happed at a local fast food chain known for its fried chicken.

Some said the person should take the matter to the authorities as it concerns food safety.

Being able to identify fake or misleading information on social media feed is crucial to being a responsible and informed internet denizen.

When the viral video was first posted, it raised some concerns among netizens over whether or not the incident happened in Malaysia.

However, the incident is believed to have happened in the Philippines around June last year.

Still, it seems that a fried towel is a delicacy that no one anywhere in the world would like to try.