Police said it’s dangerous to park their cars at the emergency lane without a reasonable excuse. 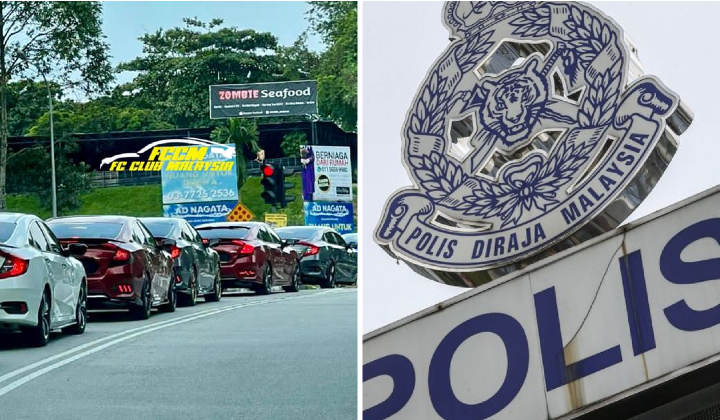 Police will soon call a group of individuals believed to be members of a local car club for their statements after pictures of them stopping at the emergency lane went viral on social media.

Based on reports from Bernama, the incident allegedly happened on the Temiang-Pantai Highway.

Nilai District Police Chief Superintendent Mohd Fazley Ab Rahman was quoted saying that they are taking action after the police detected the post via Facebook.

It showed a group of individuals from the car club ‘FCCM-FC Club Malaysia’ parking their cars on the emergency lane to take pictures on the highway at about 6.30 pm last Saturday.

We will call the club chief first and we have identified about 48 cars so far. Stopping and parking a vehicle in the emergency lane without a reasonable cause is an offense as it can pose a danger to other road users.

Yesterday, the car club uploaded the photos on their Facebook account showing a row of vehicles that occupy the emergency lane in both directions to take pictures that were allegedly part of their leisure activities but the post has been deleted by the page.

He mentioned that legal action can be taken against individuals in accordance with Rule 53 (1) of the Road Traffic Regulations 1959 which states that no vehicle of any class is parked or left unattended in any emergency lane except in case of emergency.

Fines could also be imposed on the individuals involved under Section 119 of the Road Transport Act 1987 as well as a maximum fine of RM2,000 or imprisonment not exceeding six months.

Mohd Fazley also mentioned that talks are will be done between the Public Works Department and local authorities to coordinate further actions as well as proposals to provide a special place in the area for the public to take pictures and set up stalls.

The Temiang-Pantai highway is an attractive location and is the focus of people stopping to take pictures because of the beautiful scenery at the location, but the act of taking pictures like what happened previously can be dangerous.

He advised the public not to take actions that could endanger themselves and others.