The supplementary meal plan is meant to provide students with good food. 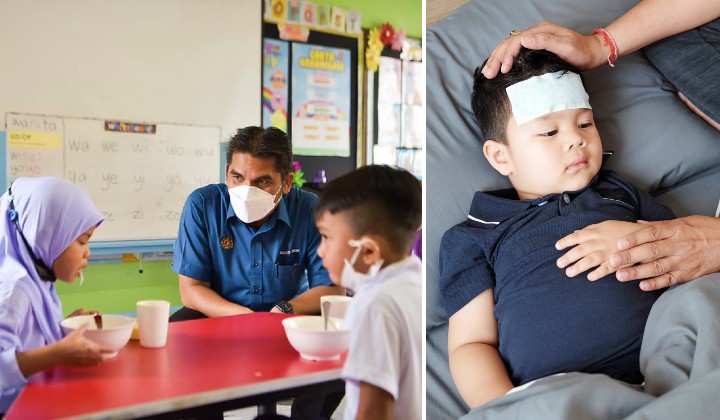 More than 60 students from a primary school in Taman Medan, Petaling Jaya got food poisoning and had to be admitted to Hospital Shah Alam last Thursday, according to Majoriti.

Students from Year 1 to Year 6, including those in the Special Education Integration Program (PPKI), who are part of the supplementary meal plan programme were affected.

Many parents brought their children to hospitals and clinics on their own for check-up.

The District Health Office and the Ministry of Education (KPM) has been notified of the issue and an investigation will be made.

The supplementary meal plan came under scrutiny just recently for allegedly serving students with only plain rice and a scoop of gravy in a viral post.

READ MORE: Student Only Given Rice And Gravy During Mealtime, Netizens Say It’s A Sadistic Move

However, later investigations by the KPM found that the picture of the food was not actually from the supplementary meal plan.

READ MORE: KPM Says ‘Nasi With Kuah’ Is Not From School Food Programme

KPM Says ‘Nasi With Kuah’ Is Not From School Food Programme

Student Only Given Rice And Gravy During Mealtime, Netizens Say It’s A Sadistic Move