As the Year of the Tiger draws near, the Chinese astrological concept of Tai Sui takes the spotlight. 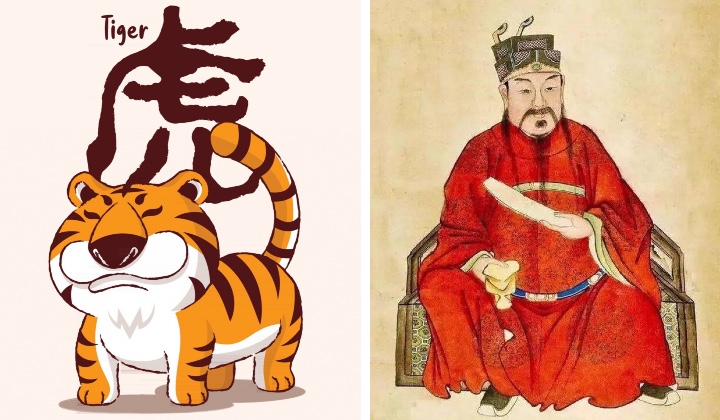 In Chinese tradition, nothing can be more important in the Lunar New Year than to attract good luck and minimize bad luck.

Any Chinese people would most likely have seen the family elders consulting the Chinese almanac.

The purpose is to make sure that your zodiac would not offend the Tai Sui (太岁, the Grand Duke of Jupiter or Grand Commander of the Year).

In simpler terms, Tai Sui is the Guardian God of the Year, and it is important because it governs all the fortunes of a particular year.

The Tai Sui concept is usually practiced by Chinese who are Buddhist and Taoist.

Chinese who practice the Abrahamic faith such as Christianity and Islam generally refrain from cultural practices related to other religious concepts, especially polytheism.

The Tai Sui concept is based on Jupiter’s 12-year orbital cycle which determines the 12 signs of the Chinese zodiac.

The star that opposes Jupiter during each lunar year is personified as a heavenly general, cycle god, Grand Duke of Jupiter or Tai Sui.

In case you are wondering, Chinese lore is often linked to astrology. Hence, it is not uncommon for the deities to be personified as stars and constellations in the night sky.

There are 60 Tai Suis which is derived by combining the 12 signs with the five Chinese elements of fire, earth, metal, water and wood.

What Happens When We Offend The Tai Sui?

Fan Tai Sui or 犯太歲 refers to offending the Guardian God of the Year.

Those who were born in the years of monkey, tiger, snake and pig need to watch out in 2022.

They fall under the cycle of offending the Tai Sui but don’t worry, it’s not all pessimistic.

If you are not doing well at work, have a bad relationship, or suffer from poor physical condition, it may be because you are in the Fan Tai Sui mode.

As an example, the Year of the Water Tiger begins on 1 February 2022. The features and attributes of each of the gods will define that year.

If the Tai Sui of the year holds a pen, there will be political unrest.

If the Tai Sui of the year holds a spear or sword, you can expect a tough year that requires a lot of hard work.

To cut a long story short, you need to get a remedy if your birth sign clashes with the Tai Sui in any given year.

Failing to do so would mean a year of adversity or turmoil ahead.

Those who were born in the years of monkey, tiger, snake and pig need to watch out, as they fall under the cycle of offending the Tai Sui.

The remedy is based on a complex chart that predicts which signs will offend which of the 60 grand dukes.

The chart also predicts the challenges that lie in store in the year ahead, which varies according to the attributes of the Grand Dukes.

There is a Cantonese saying that feng shui masters can cheat you for 8 to 10 years.

Thankfully, there are many surefire ways to make the grand duke happy, including by visiting a temple with a Tai Sui shrine to perform Sip Tai Sui.

Sip Tai Sui is a ritual in which you will be given a protective talisman to ensure that all things will go smooth in the lunar year ahead.

Just remember to be grateful and show it with action, by going back to the temple and thanking the grand duke before the year ends.

Otherwise, the gods will ‘unfriend’ you and there will be retributions in the form of bad luck that could carry over to the next year.

You can also protect yourself from the wrath of the gods by wearing talismans for the year.

At the same time, the feng shui elements at home or office can be adjusted to minimise the impact of fan tai sui.