Past and present badminton greats rallied around Lee after he was punished by BAM for leaving. 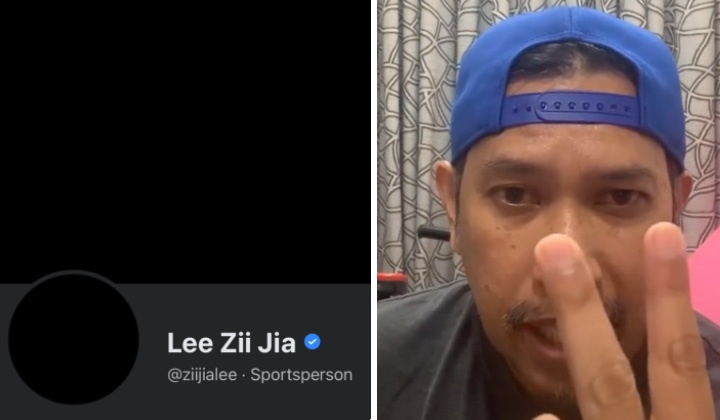 Former world number one Roslin Hashim has let loose his anger and anguish at the management of the Badminton Association of Malaysia (BAM).

Taking to social media, he gave his views on why the country’s top men’s singles player, Lee Zii Jia, decided to leave the parent body.

Roslin said Lee did not leave BAM because of a lucrative offer from outside, as speculated.

The question now is why Zii Jia came out of the big parent body, that has everything. There has to be a post-mortem process. We have to know the reason why Zii Jia made that decision. The problem now I think is management.

Citing his own experience with BAM, Roslin urged that something be done for the future of the country’s badminton sport.

In one of the videos that had gone viral, Roslin made it plain he was most angry with the top brass in BAM.

He said BAM will be limping along on life support if the two individuals remain in the organisation.

The great irony, said Roslin, is that they took credit for Datuk Lee Chong Wei’s successes but – perversely – none of the blame when things did not work out for Zii Jia.

Roslin also claimed that they are the real decision-makers at BAM, while the president is a mere follower.

Meanwhile, the world’s top badminton players also send a powerful show of support to Lee following his punishment by BAM.

Among those who expressed support for Lee Zii Jia is Denmark’s world number one shuttler Viktor Axelsen.

Axelson said the All-England champion should be allowed to go independent if he feels it’s best for him, as it’s his career and life after all.

Having played against LZJ numerous times, I’m sure that no matter what, LZJ will continue to do everything he can to produce good results and continue to do his best to make Malaysians, and everyone who supports him proud.

Viktor Axelsen on Lee pursuing his own path in badminton

The Danish pointed out that Lee hasn’t done anything whatsoever to discredit the sport or his country.

But for two years, they won’t be able to do so, because our rules in the sport allow for this kind of insanity decided by the Malaysian badminton association today.

BAM Must Make An Example Out Of Lee, Says Rashid Sidek

However, not all are sympathetic with Lee.

Malaysia’s 1992 Thomas Cup hero Rashid Sidek said the World No 7 walked out on BAM at the wrong time.

He said Lee should be grateful that BAM has taken care of his needs all this while, and repay the kindness through action.

I feel that he has probably not contributed nor achieved enough to warrant leaving the national setup so soon. After all, he has only won one All-England title to date.

Rashid Sidek on why Lee should stay on with BAM

He said Lee should stay longer and win more medals, especially at the World Championships or the Olympics.