The amusement park can only accommodate up to 10,000 visitors for the time being. 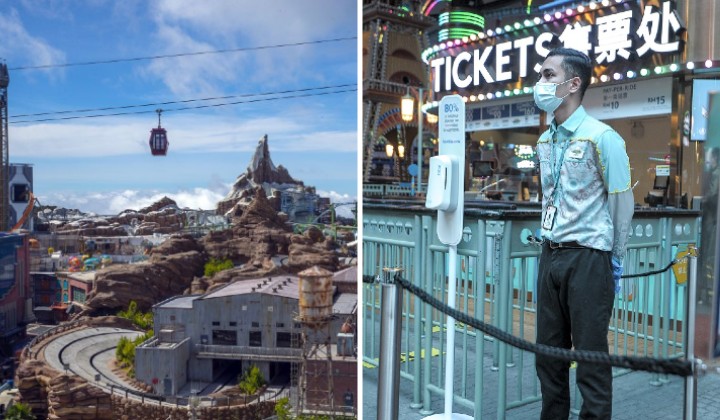 The daily ticket rate for Genting Skyworlds theme park is expected to be much costlier at around RM200.

Berita Harian quoted Affin Hwang Investment Bank who noted that although the theme park can accommodate up to 20,000 visitors a day but due to the requirements of the Covid-19 standard operating procedure (SOPs), the total capacity may be limited to 10,000 a day.

Considering that Genting will only be allowed to operate at a reduced capacity, Affin Hwang sees that the amusement park is likely to operate at a loss at an early stage.

However, they expect that Genting Malaysia (GENM) will still continue its opening, as the main objective of this amusement park is to increase the total number of visitors to Genting Highlands, by improving non-gambling facilities.

When the old theme park closed in 2013, the number of visitors dropped by 6,600 a day or 2.4 million visitors in 2014. Based on previous management indicators, the entrance fee will be the same as its other competitors. We expect GENM to set the ticket price for the amusement park at around RM200 a day.

The investment bank said that while the new theme park is expected to provide a boost to overall visit volume, it doubts Genting Skyworlds will be the re-rating catalyst for the stock.

It said while the new theme park could help boost GENM in the non-gambling department, the company was still in a less favourable position to compete for VIP and premium customers, as the current gambling tax regime in Malaysia was not competitive compared to regional countries.

With the recent crackdown in Macau by the Chinese government, we also expect competition to intensify in the premium and VIP segments. While GENM’s exposure to Chinese VIP customers is small, we believe that regional casinos will try to lure GENM’s existing mass premium and VIP customers with better offers and rebates to help fill the void left by the Chinese government’s crackdown.

They said the impact is most likely to be felt in part of 2022 and in 2023, when international tourism begins to resume, as it is still constrained by ongoing quarantine requirements.