PAS says it is wrong to equate other religions as equal to Islam. 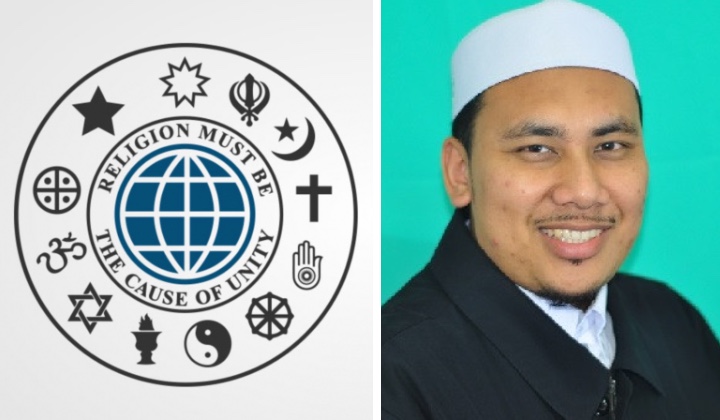 The act of recognizing Islam as on par with other religions is not a respect of religious differences, said PAS.

In fact, it is a teaching of pluralism that misleads, according to PAS Youth deputy chief Afnan Hamimi Taib Azamudden.

He was reported by Sinar Harian as saying that the matter had been decided by the 74th Muzakarah of The Fatwa Committee of The National Council in Malaysia in 2006.

Among the forms of recognizing other religions similar to Islam, and being contrary to syarak (law based on the teachings of Islam), is to celebrate or observe the World Religious Day.

The PAS leader said the celebration was originally started by Bahá’í followers who are based on religious unity, on the basis of tolerance and instilling a sense of love between religions.

However, it contradicts Islam which respects religious differences without putting all religions equal to Islam, said Afnan.

Afnan added that every section of society in the country respects other religions by recognizing freedom of religion.

They also do so by respecting the right to practice religious teachings and giving congratulations on every festival celebrated.

However, pluralism and religious unity was not a way to harmonize between religions, said Afnan.

Instead, it led to confusion that eroded religious beliefs and true teachings.

In celebrating the diversity of religions and races in a country with a plural society in Malaysia, it is enough for us Muslims to adhere to the Fiqh Taayush (togetherness) which has been compiled by religious scholars.

Therefore, he stressed, Islam only celebrates the diversity of religions and races, but not to the point of recognizing other religions as equivalent to Islam.

Harmony And Understanding Between Religions

World Religion Day is celebrated every January on the third Sunday of the month.

The first official observance of World Religion Day was in 1950 in the United States.

To this day, the celebration has been co-ordinated by members of the Bahá’í faith, a monotheistic religion founded in the 19th century.

The aim of World Religion Day is to promote understanding and peace between all religions, encouraging people to learn about other faiths and their followers.

World Religion Day is celebrated in a variety of ways. People from different faiths are encouraged to listen and talk to one another.

Many people attend special services and some religions hold interfaith events, where faith leaders get together to give lectures and talks.