The woman needed the CCTV’s help to avoid paying for what is possibly the most expensive parking spot in the country. 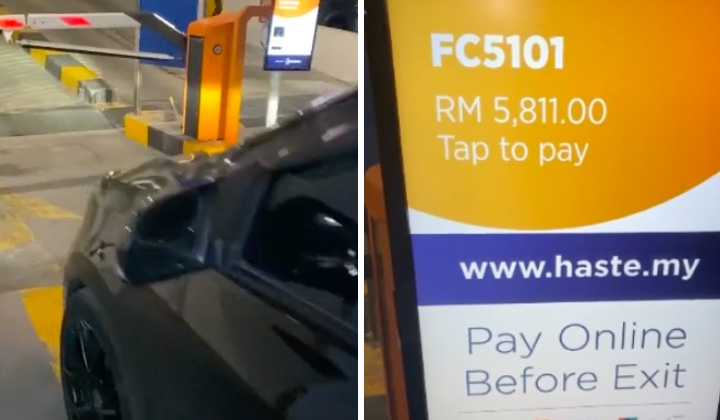 No matter how sophisticated technology is, it is undeniable that there will be weaknesses that will occur.

Weaknesses both in terms of the system, or internal damage that we do not know.

For example, what happened to this woman when she was supposedly charged RM5,800 for parking at a local supermarket.

The woman uploaded a video of her encounter on TikTok under the username @mommyjlo2.

She admitted that she was shocked by the incident because it was only an hour before her car was parked.

As the payment amount did not make sense, she was incensed with the management which seemed to believe that she actually parked that long.

Pressing her case, she spent almost an hour debating with the management to solve the problem.

With no breakthrough, the CCTV footage was reviewed to find the truth once and for all.

In the end, they found proof of that moment’s incident.

She only had to pay RM3 instead, on grounds of technical error.

Looking into the comment section, netizens find her experience amusing.

They also asked the owner to reveal the location so that others could be more careful.

Others jokingly said that since she was driving at Myvi, she could just knock down the barrier.

The little had car had been gaining a reputation for pulling off seemingly unbelieavle feats, including pulling a lorry.