It has been happening for months now. 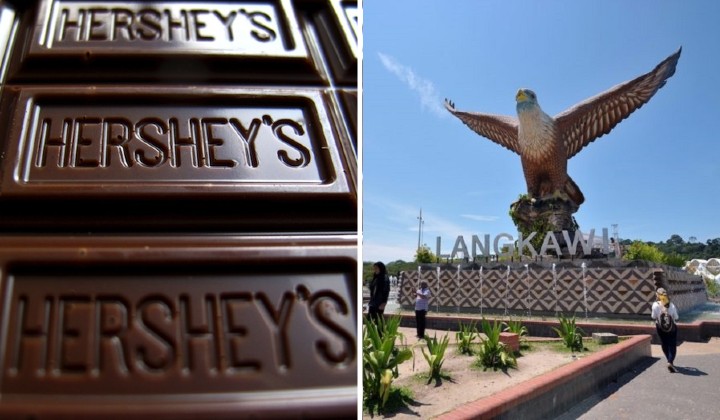 Bad news for those who want to travel to Langkawi and get their supply of duty-free chocolates as the shops on the island are reportedly running out of stock.

Based on reports from Kosmo, it’s been like this since November last year.

Several duty-free business premises which used to have shelves filled with imported chocolate from well-known brands were left empty while other shopowners decided to replenish the shelves with other types of chocolate.

Among the imported chocolate brands that are in high demand are Daim and Hershey’s Kisses.

Tourists are a bit disappointed

Several tourists who were interviewed said that the lack of chocolates on the shelves has made their holidays a little less sweet.

One of the tourists, Saludin Endol, 60, from Kuala Lipis, Pahang said that his holiday became less than perfect when he found that the imported chocolate that his family wanted him to bring back was out of stock.

Langkawi is synonymous with cheap imported chocolate, but some of the shops I go to are mostly out of supply. It feels like a holiday this time is not complete because we can’t buy imported chocolate to bring back.

Based on reports, the insufficient supply of chocolate in the duty-free island is mainly due to supply problems from suppliers in Singapore.

One worker mentioned that the supply of imported chocolate received is limited despite the high number of previous orders, causing a shortage on the island.