The study says it’s equally effective against the Covid-19 and its Alpha and Beta variants. 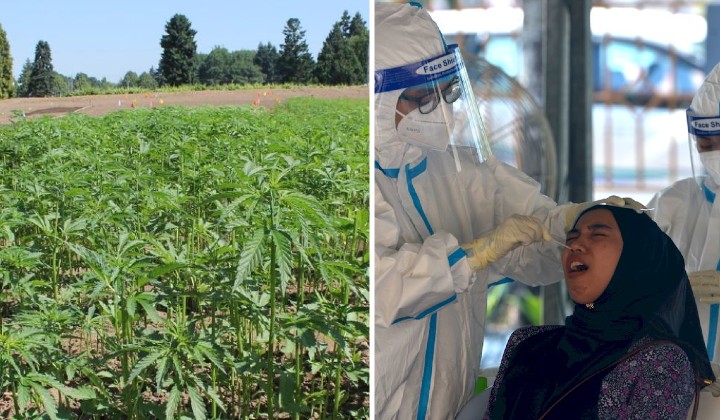 Chemical compounds in hemp might be able to block out the Covid-19 virus from entering human cells, preventing and reducing infection time, according to studies done by Oregon State University over in America.

They found that a pair of cannabinoid acids from hemp (or known scientifically as Cannabis sativa) would bind to the coronavirus’ spike protein and block it from infecting the body.

The compounds are cannabigerolic acid, or CBGA, and cannabidiolic acid, CBDA.

They are not controlled substances like THC, the psychoactive ingredient in marijuana, and have a good safety profile in humans. And our research showed the hemp compounds were equally effective against variants of SARS-CoV-2, including variant B.1.1.7, which was first detected in the United Kingdom, and variant B.1.351, first detected in South Africa.

However, the study didn’t mention how the acids would react against the Delta and Omicron variants.

The test wasn’t exclusive to hemp alone as the research team screened a range of botanicals used as dietary supplements including red clover, wild yam, hops, and three species of licorice.

These compounds can be taken orally and have a long history of safe use in humans, They have the potential to prevent as well as treat infection by SARS-CoV-2. CBDA and CBGA are produced by the hemp plant as precursors to CBD and CBG, which are familiar to many consumers. However, they are different from the acids and are not contained in hemp products.

Van Breemer also mentioned that resistant variants could still arise amid widespread use of cannabinoids but added that the combination of vaccination and CBDA/CBGA treatment can make it tough for the virus from infecting the body.