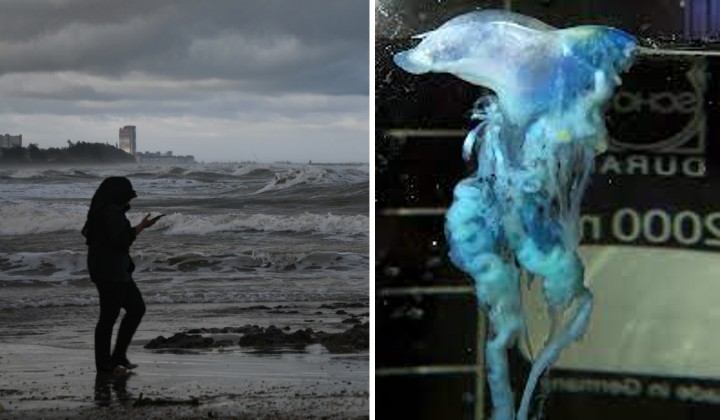 The Northern Moonson season, the reason why the East Coast has been hit by floods has also brought dangerous animals a little bit closer to home as two Man O’ War jellyfish attacks have been recorded over in Pantai Kampung Kelulut dan Pulau Kerengga, Terengganu.

Berita Harian quoted the state’s Fisheries Department Director Ruzaidi Mamat who mentioned that the monsoon season is believed to be the main cause of the jellyfish drifting into the East Coast waters.

A survey of the two beaches today found four jellyfish stranded. As a result of the findings, we do not rule out the possibility that there are still species of jellyfish in the coastal area.

The jellyfish move along with currents or wind.

Ruzaidi said the average length of tentacles of the species can reach more than nine meters and are covered with nematocysts that are filled with venom and used to paralyze, kill fish and other small creatures.

The sting from these translucent water creatures can be very painful to humans and he warned people to stay away from dead jellyfish that have washed ashore because their tentacles can still sting you.

People are advised not to touch the carcass as studies have shown that it is still toxic and can endanger health. Those who are stung are advised to seek treatment immediately at a nearby clinic or hospital.