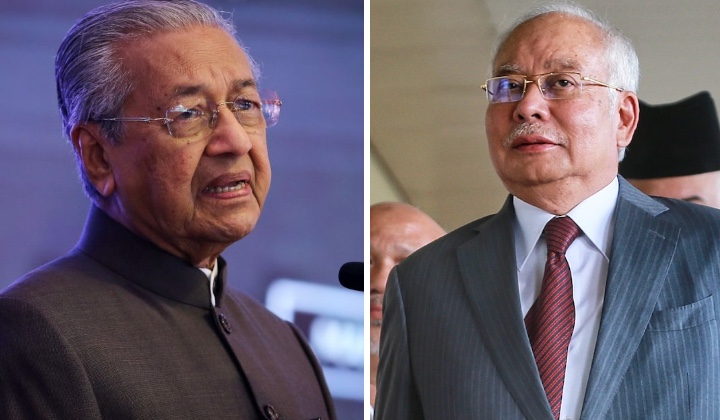 IJN’s Corporate Communications Division said in a statement that due to the current standard operating procedures (SOP), no visitors were allowed to visit the Langkawi MP.

Well wishes have been pouring in for the former premier from every corner of the country.

But one particular ‘get well soon’ message may mean a little more than some of the others.

Mahathir, 97, was the focus of some worry among Malaysians earlier in December last year after he was briefly hospitalized.

On 16 December, the two-time prime minister was also admitted to the institute briefly.

He was discharged after undergoing a series of medical investigations.

Dr. Mahathir, who is the chairman of the political party Pejuang Tanah Air (Pejuang), previously had a heart attack in 1989.

The country’s leader from 1981 to 2003 also had two more heart attacks in 2006 and a year later when he underwent quadruple bypass surgery.

All of Dr. Mahathir’s heart problems have been treated at IJN.

Netizens praised Najib for sending his best wishes to his political nemesis at a time when the nation is in the midst of a big political battle.

After all, Malaysians are familiar with the rivalry between elder statesman Dr. Mahathir and Najib, his protégé-turned-enemy.

Prior to that, Mahathir quit Umno over Najib’s alleged involvement in the multibillion-dollar plunder of the 1MDB state fund.

And rightfully so. While there’s a lot at stake, we’re all Malaysians and we’re all human beings.