KKM’s guideline states that travellers transiting from abroad are allowed to proceed to their domestic destinations, except those who’ve tested positive, showing symptoms or had close contact with the infected. 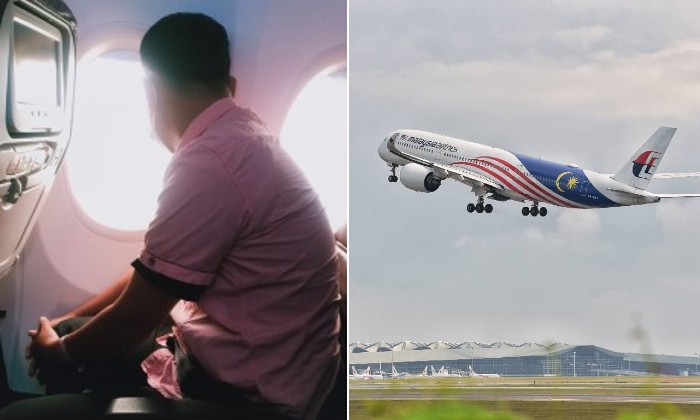 Addressing concerns that a passenger wearing a pink Covid-19 quarantine wristband was spotted on one of its flights from Kuala Lumpur to Pahang, Malaysian Airlines (MAB) said that proper procedure was followed in allowing the passenger on board to proceed with the journey.

An MAB representative told TRP that the male passenger who was seen with a pink quarantine tag on his wrist during a flight from KL to Kuantan on 2 January was actually on a connecting flight from Cambodia.

Malaysia Airlines wishes to clarify that a passenger wearing a pink tag on its flight as claimed in a social media post, started his journey with the airline from Phnom Penh via flight MH755 on 2 January 2022 to Kuala Lumpur with an onward connection to Kuantan via MH1276 on the same day.

They said that the correct procedures were followed according to the Health Ministry’s (KKM) guidelines for local and international travellers entering the country who were found to be asymptomatic and pointed us out to KKM’s official “Guidelines For Entry Point Screening Of Travellers” that’s available online.

MAB explained that the passenger was given the all-clear to continue with his transit from Phnom Penh to Kuantan after being assessed by the Port of Entry (POE) Health and Quarantine Office in KL.

As per the Ministry of Health, Malaysia (KKM) Guideline Annex 9 (Guidelines For The Entry Point Screening of Travellers (Screening for COVID-19) refer to C. Screening Procedure at International Points of Entry (POE) For Travellers and Airline Crews (Flow chart – Appendix 4A) 2.2 Management of travellers at POE).

Basically, the guideline state that asymptomatic travellers must undergo an RT-PCR test and be assessed whether they needed to be placed into home quarantine.

Asymptomatic travellers are provided with a digital Observation and Surveillance Order or HSO that’ll be updated on their MySejahtera mobile application.

They are then required to wear an HSO wristband and home quarantine for seven days unless they are required to be placed into a designated KKM quarantine station (QS) for the same amount of time.

Individuals who are unvaccinated or have not completed their vaccinations are immediately placed into QS for a period of 10 days.

Symptomatic travellers, however, are required to undergo more rigorous checking.

The guideline states that those showing symptoms of coronavirus must be assessed on the severity of their symptoms.

Travellers with mild symptoms are required to undergo an RT-PCR test, and if the tests are positive, they will be referred to a certified medical team for further management.

If they test negative, they will be handed a digital HSO, wear the wristband and be required to quarantine themselves at home or placed into a designated QS, depending on approval from the authorities.

Individuals with moderate or severe symptoms are immediately referred to a certified medical team for further management.

HSO wristbands are to be removed by KKM’s associated district health office once the quarantine period has ended.

KKM’s guidelines further state that travellers transiting from abroad at any Malaysian POE are allowed to proceed to their domestic destinations, except those who’ve tested positive with Covid-19, showing symptoms of the disease or had close contact with the infected.