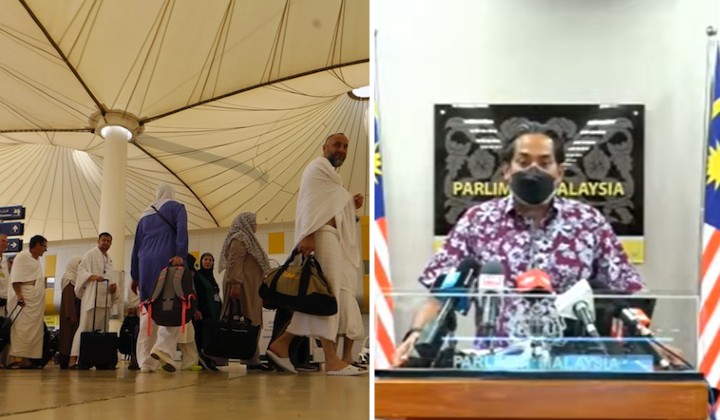 Out of 122 cases detected cases that to Saudi Arabia for Umrah, around 14% of infections involved unvaccinated individuals, according to Health Minister Khairy Jamaluddin.

In a live press conference today, the stats from KKM show that 17 infected individuals who contracted the virus were not vaccinated.

There’s a clear violation of SOPs because only vaccinated individuals are allowed to go for Umrah. We will discuss with the relevant Ministries to talk to the travel agents because 14% of these cases are unvaccinated.

He said that discussions have also been ongoing between the Transport Ministry and also the Tourism Ministry to talk about rearranging flights.

Khairy also addressed the issue of the government choosing to restrict travel from Saudi Arabia, saying that the number of cases from there surged tremendously, hence the decision to do so.

The travel ban will be for a month, Khairy said, starting from 8 January.

He mentioned that if an influx of cases is recorded from any other country, the government will restrict travel to and from that country too, regardless of anything else.

Addressing allegations that he was not fully vaccinated himself, Khairy said only stupid people would believe such rumors, and ended the PC by holding his phone up to the camera to show his vaccination status.