Some netizens have voiced their opinions and concerns on the issue. 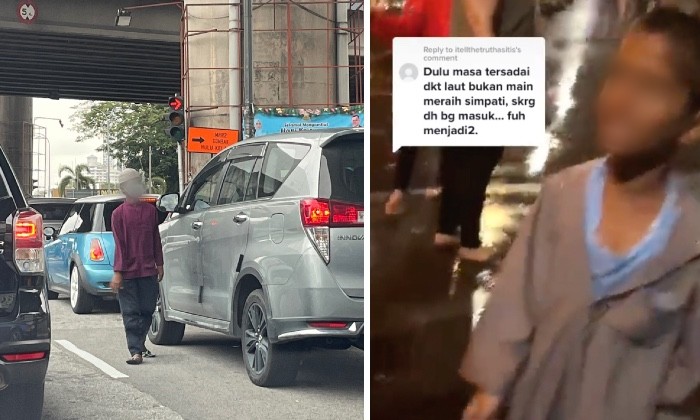 Amid the urban chaos of Kuala Lumpur, a group of street urchins has been drawing the attention of netizens after several videos involving these children went viral.

Many road users were taken aback at how the kids asked them for some money.

In one recording, a woman was allegedly harassed by a few children despite reprimanding them while she was walking through a passage.

Despite being warned, the child still pulled the woman’s hand.

In the video, the woman wrote: “Once upon a time, they seek sympathy when stranded at sea, now they are here, it’s unbecoming of them”.

Her comment was in reference to how the Rohingyas got here.

In any case, it had not been proven that the street urchins in the video are Rohingya refugees.

Her sharing struck a deep chord with netizens, and the video has more than 2.3 million views in just after a day.

Some of the commenters urged the authorities to take action or they will take matters into their own hands.

However, the concern is growing among some parts of the public who feel that the authorities are not taking action to overcome this issue.

A netizen, khrln_ uploaded a picture of the group via his Twitter account claiming that he had contacted the Royal Malaysian Police (PDRM) but the authorities allegedly mentioned that they couldn’t do anything about it.

He claimed that the street urchins who go around asking for donations are United Nations High Commissioner for Refugees (UNHCR) cardholders, which is why no action could be taken against the group.

I wanted to go to Ampang Point earlier. Contacted the PDRM operations room and people say they can’t do anything, PDRM can’t hold them because these people have UNHCR cards.

Twitter user khrln_ on why the police can’t take action against the street urchins.

He added that the relevant government departments have to discuss to find a solution.

What If They Are Refugees Protected By UNHCR?

Other netizens also questioned why action could not be taken against those who openly endanger themselves and other road users.

They feel that even if the street urchins are refugees with UNHCR cards, they should be subordinate to the laws of the country.

The government departments must explain the advantages of this UNHCR card. On what can be done what can’t be done. So that the PDRM will not be confused on what they can do and cannot do.

Already, several videos have been shared by netizens that document their encounters with these children.