When there is a traffic jam or an accident, Mat Motor are among the first to extend help. 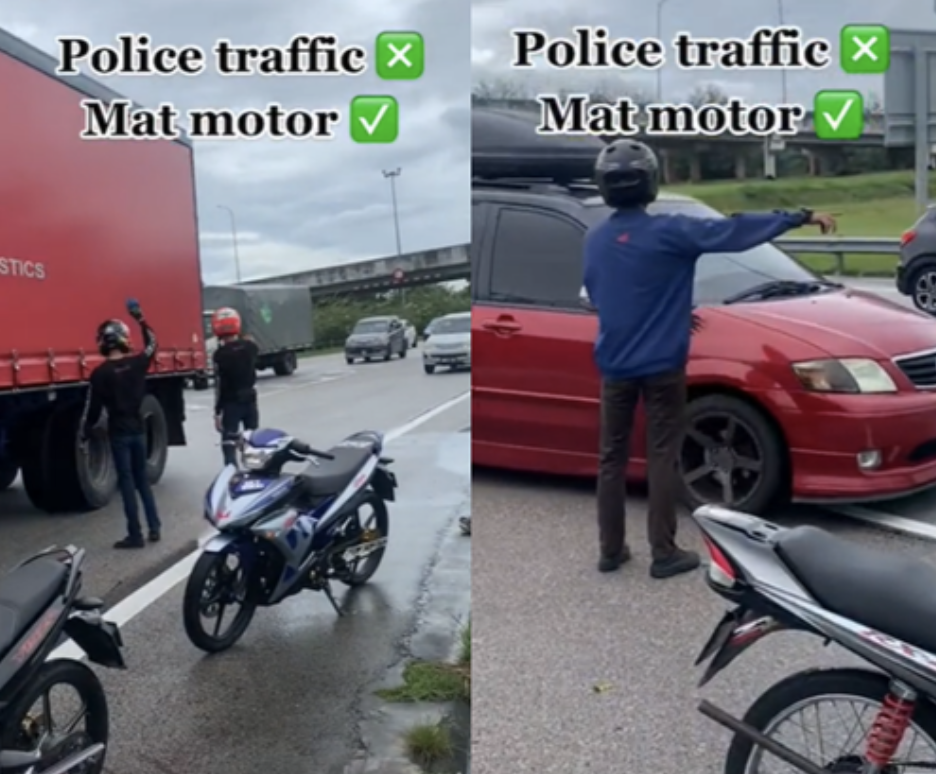 When talking about Mat Motor, people are usually less comfortable with their presence on the roads.

The reason had partly with the perception that they are not much different than the irresponsible and impulsive Mat Rempit, which had been a menace to the road users.

Although they look tough and aggressive with their jacket and torn jeans (not all), they are most diligent in helping people in trouble especially road users.

In fact, there has been a lot of instances in which Mat Motor lend a hand to road users.

Recently, several Mat Motor helped to direct traffic to get everyone going smoothly and safely.

A video shared by a TikTok user known as @didadod_kamb shows some motorcyclists who stopped by the roadside to direct traffic.

It is believed that there was an accident on the road, which led to a traffic snarl.

It can be seen that, with their help, the vehicles facing the congestion were able to proceed safely and do not have to get stuck in a jam.

Their selflessness drew praise from netizens who empathize with the stereotype against the Mat Motor.

Netizens also thanked them for helping out.

The Mat Motor had clearly struck a chord with people through their simple deeds.

The video was viewed more than 1.9 million times in less than 24 hours after it was uploaded.

So, let’s not judge a book by its cover.