Malaysia has experienced numerous floods in the past, and netizens have uncovered how it was covered by the media back then. 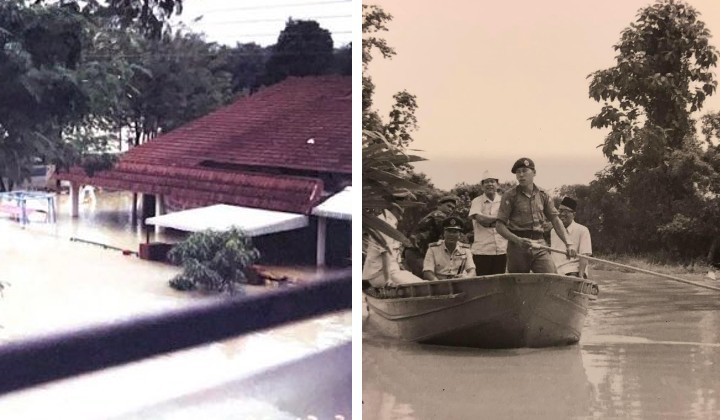 Flash flood has always been a major problem in Malaysia as it happens almost every year. Their impact to the properties and people of Malaysia is heartbreaking.

Flood is a common but still devastating disaster in Malaysia and media outlets during those times tried their best to depict the situation to the public.

During previous times, media outlets are the only way for the public to get information and awareness through newspapers, televisions, radios and occasionally word of mouth.

Today, with advancements in technology, we can see that information through social media easily as the information is at our fingertips.

Here are some examples of the media coverage of floods that happened in 1995 and in 1971.

A Twitter user, @ATMology shared a tv coverage from Buletin utama TV3 for the flood that happened in December 1995.

Before this tweet, he did a thread on a Taman Sri Muda’s victim testimony for Malaysia Gazette recently. In the testimony, the victim, Anthony De Souza, recalled previous floods that happened in the same area (around 6-7 times) since 1995.

The flood before weren’t as terrible as the most recent one but, it is a recurring problem here.

Hence, that’s why he explained that insurance companies avoid selling any flood insurance policies to the residents there.

Following the testimony tweet, the twitter user found a media coverage of the flood that happened back in 1995, 26 years ago. He further added that there’s a little error on the title, (supposed to be December, not April).

In the earlier Buletin Utama TV3 video, a few kids that experienced the flood were interviewed.

“Sometimes, after playing soccer, we take a bath (play) in the flood water”, said Hazaidi Hassan, along with his friends that got interviewed.

Another friend of his answered questions by the reporter too.

Reporter: But you still play with the water?

Ensuing the interview, a female anchor reported the news regarding the goverment’s efforts in relieving the disaster. Almost 10,000 people were affected by this flood and it was said to be the worst one in 10 years of flooding history.

One of the worst affected areas was Taman Sri Muda in Shah Alam. The water was reported to be 4 meters deep, enclosing one-story terrace houses there.

In the humanitarian aid, one million ringgit was allocated by the Selangor goverment to help the flood victims with low income build their lives back.

This is another flood that devastated our country back in 1971.

This time, a TikTok user, @romiejethro uploaded a video of a documentary done by FINAS in collaboration with Bernama which showcased the extremities of the flood that happened during the early year of 1971.

The retrospective documentary on The Great Flood (Benchana Banjir 1971) premiered in FINAS’s Youtube channel on November 2021.

On FINAS‘s channel, they feature a section for interesting retrospective videos which consists of documentaries done in the early era 1950s to 1990s about Malaysia (Malaya).

In the TikTok video, the documentary explained how most of the states in Malaysia were affected except for Perlis, Penang and Kedah.

A quarter of a million people suffered because of that flood, some losing their homes, while others end up losing everything.

The Prime Minister at the time, Tun Haji Abdul Razak bin Dato’ Hussein, approved around 11 million ringgit worth of allocations from the centralized fund to help affected citizens.

The documentary also showcased help coming from international countries. Citizens, armed forces and the government were seen working together to deal with the natural disaster that striked that year.

It was also during that year that the government established the Permanent Flood Control Commission to study the short-term and long-term measures for flood mitigation.

With a long history of harrowing floods in Malaysia, efforts to mitigate the problem do exist, but we are still somehow affected badly by it.

READ MORE: Major Flood Once Every 50 Years: How The Recent Flood Stacks Up Against Previous Catastrophies