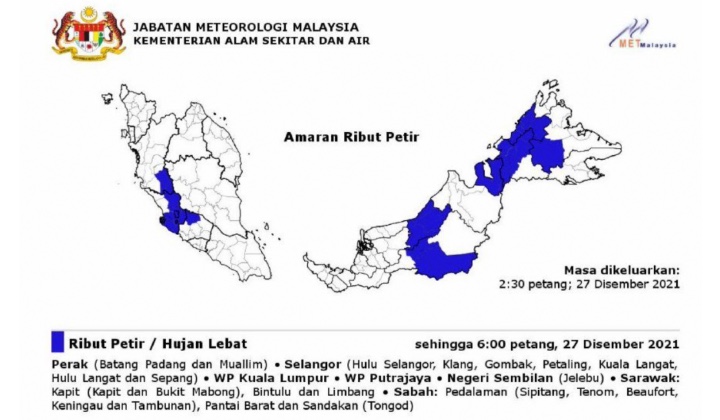 The public is advised to be vigilant following warnings of thunderstorms, heavy rain and strong winds that are expected to occur in some areas this afternoon.

According to the department, areas in Perak include Batang Padang and Muallim.

In Negeri Sembilan, the affceted areas involve the Jelebu and Seremban areas; and Sarawak in Kapit (Kapit and Bukit Mabong), Bintulu and Limbang.

The warning in Sabah involved the areas of Sipitang, Tenom, Beaufort, Keningau and Tambunan), as well as the west coast and Sandakan (Tongod).

According to MetMalaysia, warnings are issued when indications suggest that thunderstorms, with rainfall intensity more than 20mm/ hr for an hour or more, are likely.

These ‘Hydrophobic’ Wipers Are Designed For Malaysia’s Hot & Wet Weather