Azwan, 29, also denied allegations that he charged money from the media who wanted to interview him. 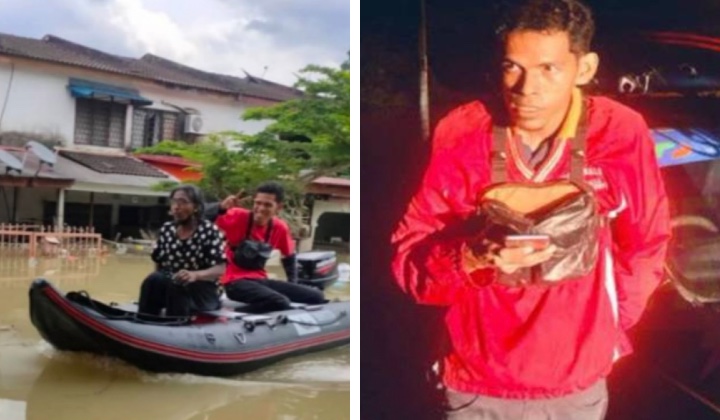 Azwan Omar, better known as Abang Viva, was shocked after finding out that unscrupulous parties are using his name to raise funds.

The good samaritan was reported by Sinar Harian as saying that he had never raised funds to help the flood victims.

From the first day I helped the flood victims until it went viral by accident, I did not have to raise funds or ask for money from the media for any interviews.

Azwan, 29, also denied allegations that he charged money from the media who wanted to interview him.

This followed claims that a Twitter user asked for payment from the media to secure an interview with Abang Viva.

I am shocked by this news. I move solo, there are no friends to manage nor are there any middle man who arranges to ask for money and so on.

Abang Viva on the nature of his volunteerism acitvities

Azwan also stressed that he did not want any party to extend assistance or be deceived by any party who used his name for personal gain.

Although he never raised funds or asked for money from the public, Azwan admitted that he received many donations from the public who came across him during his rescue mission.

READ MORE: As ‘Abang Viva’ Perseveres in Helping Flood Victims, Netizens Ask Perodua To Give Him A New Car

A native of Alor Gajah in Melaka, Abang Viva became a Malaysian hero for his generosity in helping flood victims in several states.

He traveled from Melaka to Shah Alam while taking a boat on the roof of his Perodua Viva.

Abang Viva works as a machine operator and he applied for emergency leave from his employer to help the flood victims.

At that time, he only had RM50, of which RM20 is for boat petrol, while another RM30 is to buy food.

For the past 5 days, Abang Viva has survived on bread and water, apart from sleeping in his boat.

Nevertheless, he continues to help the flood victims who faced various challenges throughout their ordeal.

Among the flood victims rescued by Abang Viva were an elderly couple including a paralyzed husband and a mother with a newborn baby.