The actor and comedian said he had been misunderstood. 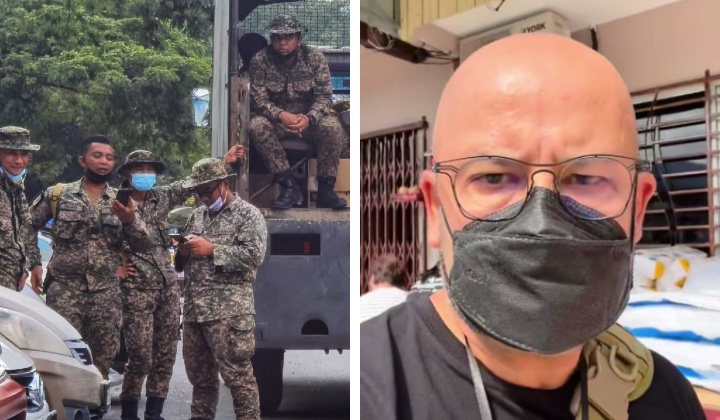 The issue of Harith Iskander questioning the role of the Malaysian Armed Forces (ATM) in helping the flood victims is coming to an end.

The actor and comedian has come forward to apologize for his remarks.

In his apology, Harith said he had questioned the function of the ATM because at that time, he felt the number of security forces helping the flood victims was still low.

The apology was made by Harith through a tweet that was uploaded on his Twitter page for fans and followers to see on the social media.

Harith admitted that his previous writing on Twitter was a bit unclear to the point that it had caused misunderstanding among many parties.

What I mean is that I didn’t see the military at the time and place where I was at in four locations.

Actor and comedian Harith Iskander on his words being misunderstood

Furthermore, Harith issued a statement saying that he truly respects the members of the ATM and has no intention of questioning their duties.

A few days ago, Harith commented on social media that he did not see ATM personnel in the affected areas such as Shah Alam, Banting and Hulu Langat.

He also advised the armed forces on what equipments to use.

Netizens were upset by his remarks and uploaded photos and videos of soldiers serving the flood victims.

A Life Of Duty

The armed forces were in fact the earliest among government bodies to reach out to the flood victims.

They sprung into action following days of inaction by the government leadership.

The soldiers are not only tasked with defending the country, they are often required to make sacrifices including neglecting their own safety and comfort for the sake of national security.

If we are unable to serve as members of the military, at least we can support and appreciate their sacrifices.

Indeed, any statement that insults our military personnel would be highly inappropriate and demoralising.

Members of the public may not be aware of their sacrifices. They cannot be with their children and wives or husbands all the time like everyone else.

At times, they had to celebrate in the forest or in the middle of the ocean, away from relatives.

Let’s be grateful for the blessings of peace that have been held in place by our soldiers.