People who have the least, usually give the most. 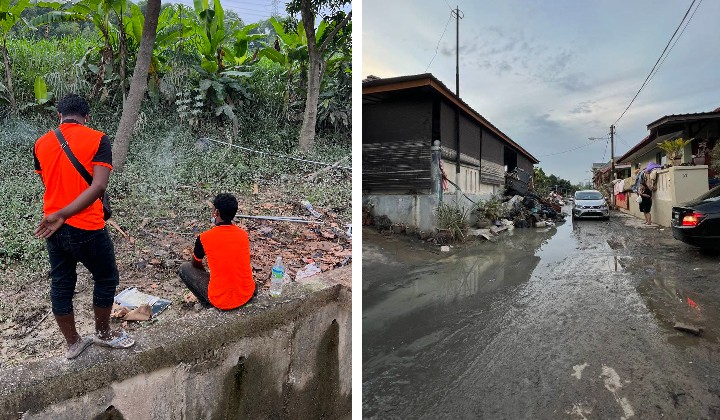 This is not only the case of #rakyatjagarakyat anymore, this is about pure humanity.

Recently, a flood volunteer, @bunkroti recounted his moments when he was volunteering near Jalan Kebun Shah Alam. He saw that a lot of foreigners came down to help with the flood.

He asked one of them whether their company sent them to help or anything. They replied that they went there with their friends themselves to help clean the victims’ houses.

This sparked a heartfelt moment for all of us Malaysians. It’s not just a matter of Malaysians helping Malaysians anymore, this is about humans helping other humans in need, and that is beautiful.

TRP has reached out to @bunkroti for more information regarding the tweet.

The non-Malaysian volunteers, which one commenter suggested were Rohingya refugees under UNHCR, were not involved with the flood as they were from Puchong. They said they came together with their friends of around 20 people in a bus.

A lot of people commented on his tweet replying the same thing about a lot of foreigners lending a hand.

One Twitter user shared that even in Bukit Lanchong, there’s this Bangladeshi mower that helped them clean one of the houses there. They didn’t even get food for helping.

A lot of people chimed in expressing their thanks for giving the foreigners food.

Another person replied to the original thread saying they also received a note from Turkish people who sent essential items to #BanjeroSquad base.

The note simply said who they are and their good intentions as well as wishes.

I just wanna say one thing, do appreciate the non-malaysian people who’s working here too. Because they are also one of the people who’s the back bone of this country.

We are truly grateful for these unsung heroes no matter which race or religion they come from.

Volunteers from all over the place deserve a shoutout. Thank you for lending your bodies, energies, resources and hearts to helping the victims affected by the flood. You’re our hero.