The Raja Permaisuri Agong lifts up the nation at times of great of sorrow by being with the rakyat on the ground. 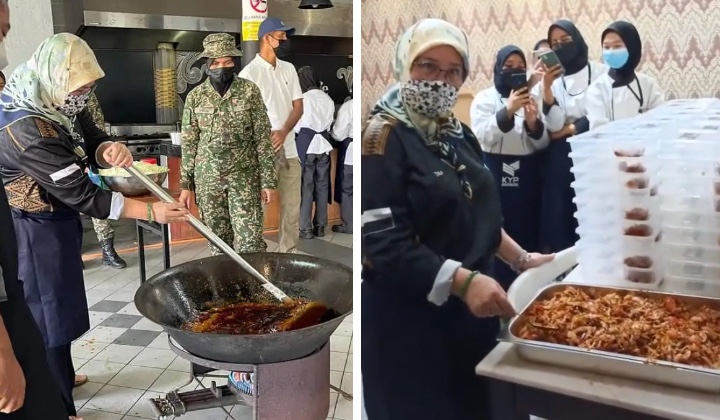 At a time when the nation’s government is floundering and many people have lost faith in politicians, Raja Permaisuri Agong Tunku Azizah Aminah Maimunah gave hope to them.

Despite the country still facing the Covid-19 pandemic, Tunku Azizah showed compassion and was there on the spot to provide food to flood victims at several Temporary Evacuation Centers (PPS) in Kuantan, Pahang.

Her Majesty was present to do the cooking at the KYP Advanced Skills college in Kubang Buaya.

On many occasions in the past, Tunku Azizah had also prepared food for flood victims.

A Life Of Duty

Tunku Azizah is synonymous with being polite, caring and remarkably people-friendly despite her nobility.

Her Majesty further endeared herself to the nation when she declared herself in solidarity with the rakyat.

Her humble attitude always made her admired and became the focus of the people as they follow her activities.

On social media, Tunku Azizah’s photos and videos of being close to the rakyat are often shared by netizens.

Alongside her other duties, the Queen spends a huge amount of time travelling around the country with the King, visiting hospitals, schools, factories and other places and organisations.

As the monarchy helps to sustain the nation through the most serious environmental crises to befall it in recent times, hopefully, the politicians can learn a thing or two.