Picky flood victims have caused disappointment among volunteers by refusing to eat the free food, claiming it doesn’t suit their tastebuds. 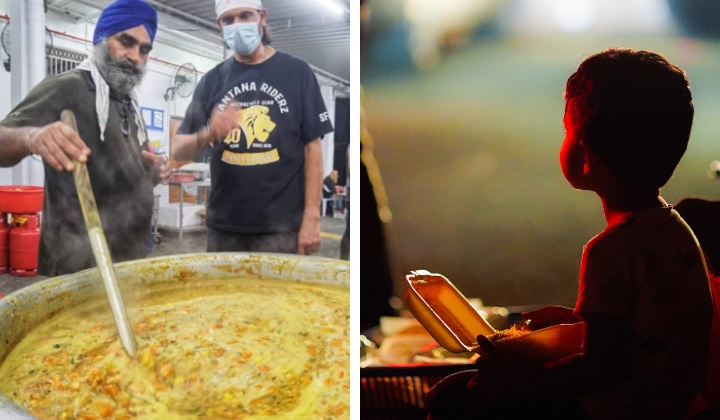 Since last Saturday, Malaysians have been united in extending assistance to those affected by massive floods that hit the country.

Sadly, some flood victims have been rejecting the hot meals cooked and delivered to them by volunteers.

Gurdwara Sahib Shah Alam coordinator Dr Thesdave Singh said his team of volunteers has totally rejected giving in to any of their demands.

He added that most of those who claimed that the food is not suited for their taste buds didn’t even bother to try it.

The volunteers work hard day and night, some come to help right after their job is finished. We find this rejection by the flood victims incomprehensible and disappointing.

At the same time, he stressed that many flood victims are happy and grateful to receive assistance from good samaritans.

They are also thankful because knowing they are not forgotten gave them hope, said Dr Thesdave.

The Gurdwara Sahib Shah Alam aims to prepare at least 5,000 meals per day.

At the same time, the temple is handing out clothes, groceries and hygiene packs, most of which are donated by members of the public.

It also opened its door to any flood victims who need a temporary place to stay.

Dr Thesdave said the needs are not just in Shah Alam and Klang, but also in many other places such as Bukit Lanchong, Dengkil, Bandar Baru Salak Tinggi and Taman Ehsan in Banting.

We are also sending aids to affected areas in Pahang and Negeri Sembilan. The needs are plenty, but the workers are few. It’s really a case of ‘kita jaga kita’ (people taking care of one another instead of relying on the authorities)

He added that some of the residents in these smaller places had not been visited by government officials even after a few days since the flood started last weekend.

Every hour we continue to receive messages for assistance. To complicate matters, private boats are not allowed to go into flooded areas, which prevents flood victims from getting aid effectively.

Halal Is Not An Issue

At the same time, Dr Thesdave said there is absolutely no issue with the food being not halal.

In Sikhism, only vegetarian food is served in the Gurdwara.

This ensures that any visitor to the Gurdwara, whatever the dietary restrictions of their faith, can eat in.

Some netizens had questioned the halal status of the food, and some even said they would rather starve to death than receive non-halal food.

The accusation triggered a backlash from the right-minded members of the public.

Furthermore, Muslims also volunteered in the preparation of the food.

The majority of Malaysians are sensible people and they have no qualms on the issue. Muslims need not feel apprehensive as the food prepared is vegetarian and prepared by many people including those who are Muslims.

The former Federal Territories Minister added that he had tried the vegetarian food, which he commended as hearty and filling.

Some netizens sought to remove doubts by pointing out that former Mufti of the Federal Territories of Malaysia Datuk Dr Zulkifli Mohamad Al-Bakri also helped in one of the gurdwara kitchens.

Datuk Dr Zulkifli also chipped in on the debate and reassured the people.