The issue has been pushed by multiple politicians before but it fell on deaf ears. 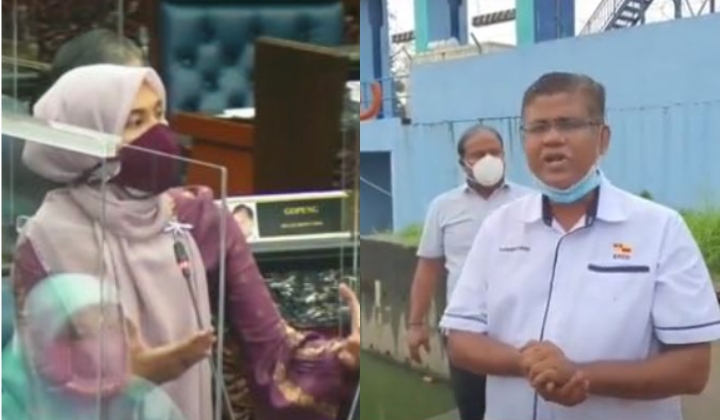 Flood disasters can be said to occur almost every year in several states, especially in the East Coast states such as Kelantan, Terengganu, and Pahang.

However, the floods that occurred in Selangor during the monsoon season really took a lot of people by surprise when it rained continuously for a few days since Friday (17 December).

The floods in Selangor caused many to be stranded in their homes and had to climb on the rooftops to save themselves.

It was reported that several bodies of the victims were found after drowning and did not have time to save themselves when trapped in the flood.

Floods were expected but no action was taken

The phenomenon of floods during the pandemic season actually needs to be given attention because it will involve the safety and health of the community.

She also questioned the government’s action on flood preparedness when the country was still struggling against Covid-19.

Describing the flood phenomenon during a pandemic as once in a lifetime, Nurul Izzah said that the government should be aware of the potential dangers and prove that they are capable to tackle these issues.

Permatang Pauh MP Nurul Izzah has urged the government to take into account the incoming monsoon season, in the National Recovery Plan.

She also appealed to Putrajaya to not take action against contract medical officers involved in the #HartalDoktorKontrak protests.

This issue was not only discussed by Nurul Izzah only, even Selangor EXCO Ganabatirau Veraman had also expected the floods to occur in Selangor.

Previously, Ganabatira criticised the Selangor Irrigation and Drainage Department (JPS) officer last October for failing to fulfill their promise to build a pump in an area prone to flooding, namely in Taman Sri Muda, Shah Alam.

According to Ganabatirau, the pump installation work should’ve started last July but was stopped because it allegedly did not get permission from the Ministry of International Trade and Industry (MITI).

He also mentioned that the existing pump also does not work because there is no diesel to run the pump in the Taman Sri Muda area.

After a complaint was made to JPS, Ganabatirau mentioned that they suddenly took the pump on the grounds that the device was damaged, leaving the Taman Sri Muda area without a water pump.

As a result, severe flooding occurred in the area after days of continuous rain recently.

Ganabatirau was also shocked when there were parties who deliberately twisted this by linking this matter with racism.