Some seem to think the floods are divine retribution for the sins of the people. 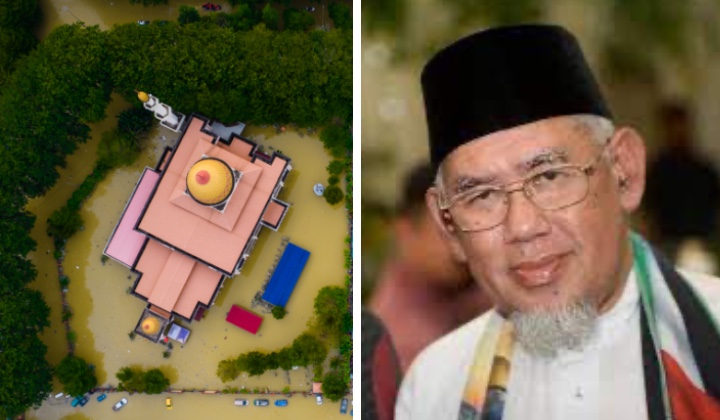 It’s been a time of disaster: Floods have led to widespread devastation around the country.

Some Malaysians seem to think this is divine retribution from a wrathful God for the sins of the people.

They said that the recent heavy rain and floods were sent by God’s so that the people could repent.

They also noted that God is bringing destruction out of anger because the people had been indulging themselves at malls and theme parks, instead of praying at places of worship.

However, there was no explanation for why innocent people would suffer as well.

Others disagreed over the reasons for God’s anger.

Furthermore, floods are common during the annual monsoon season between October and March.

This year, things got worse as Malaysia became collateral damage caused by typhoon Odette which tore through the South East Asia region.

It is true that many religious traditions have seen natural disasters as divine punishment. But, as a scholar of religion, I would argue that things aren’t that simple. After all, how can a loving God cause indiscriminate human misery?

It’s easy to say that natural disasters in religious texts are associated with God’s anger, but that means people overlook their own responsibility, he said.

Right now, the slow response of the authorities, half-hearted aid by the federal government and the tedious process of bureaucracy are also the leading causes of the people’s suffering.

The Pursuit Of Wealth

The forces of nature and lack of preparation are only half the equation.

Azmi pointed out that many disastrous flood events in the past – which are forgotten quickly – were the consequence of human activities.

He expressed regret that people chose to reap the benefits of a prospering economy but turned a blind eye to its negative impacts.

He added that religions are not against development, but sometimes people failed in trusting God’s best for them and become too obsessed with pursuing wealth.

Human actions such as the continued development of already densely populated plains, encroachment on flood‐prone areas, destruction of forests and hill slopes all combine to cause a change in the environment.

To make things worse, Malaysian policymakers themselves are less concerned about floods than they are about the financial gains.

And as they say, those that fail to learn from history are doomed to repeat it.

Humankind had been associating flood with God’s retribution from as early as 2000 B.C. The Sumerian Epic of Gilgamesh tells the story of a catastrophic flood.

As the gods prepared to send a heavy downpour to punish men, the god of the waters, Enki, gave the heads up to the righteous man, Utnapishtim, about the looming disaster.

Utnapishtim eventually saves himself and his family by building a boat.

Elements of this story are later reflected in the Hebrew Bible’s Book of Genesis.

Accordingly, God is indignant at violence caused by human beings and decided to wipe out humankind.

In the Qur’an, the story of the Great Flood is told twice in Sura 11 and Sura 71.

Chinese mythology also mentioned a Great Flood around 3000 B.C.E that destroyed almost all the civilization on the earth.