House not flooded? You might still be affected by the flood. 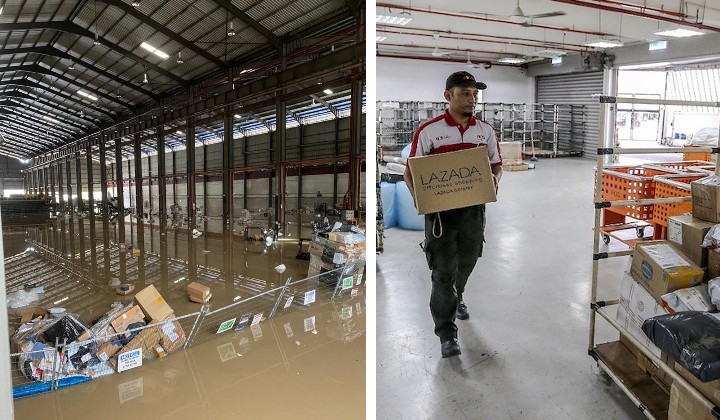 Most Malaysian courier services are affected by the flood that happened in some parts of the country since December 18.

They all issued public announcements to clarify that deliveries may be delayed in some areas because of the flood.

Here are some of the affected courier services:

Pos Laju shared on their website and social media that customers should expect some delays to both their parcel and mail deliveries, particularly in Selangor and Pahang.

J&T has released a notice to inform their customers that delivery packages are affected due to heavy downpours, flash floods, and stormy weather in areas such as Klang Valley, Kelantan, Terengganu, and Pahang.

Read more on the notice for further info.

CityLink also released a notice to inform and apologize to their customers. The continuous rain has put an effect on the deliveries and may delay their pick-up arrangements.

Shopee also regrettably informed that some of their local sellers are deeply affected by the flood and encourages support and understanding from their buyers to expect delays, cancellations, refunds.

DHL updated its social media about the service disruption due to heavy rain and flooding. Floods on roads in Klang, Shah Alam, and KL-Karak highway have unfortunately created delays in their pick-up and delivery services.

Another courier service affected, GDex also put up an announcement informing of delayed delivery and pick up due to the massive flood.

The affected states for them are Klang Valley, Negeri Sembilan, Melaka, Pahang, Terengganu and Kelantan.

What’s happening now in some parts of Malaysia is truly an unfortunate event.

Even if we’re not affected, it goes a long way to show concern and understanding to those parties who are, in fact, afflicted by it. It’s the least we can do.